More than 32,000 people are arrested for DUI in Florida every year, with about 2,100 of those being in Broward County. But despite its frequency, many Broward DUI defense lawyers will tell you that misconceptions about drunk driving arrests are rampant. Unfortunately, few people know their rights and what they should (and should not) do if they’re stopped in traffic for suspected drunk driving. 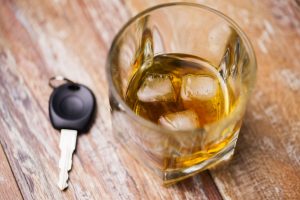 Here, our Broward DUI defense lawyers bust some of the most common South Florida DUI myths.

Fact: You have the right to remain silent – and you should use it. The Fifth Amendment to the U.S. Constitution protects your right to avoid potential self-incrimination. That means an officer cannot force you to talk or answer their questions. But beyond this, if you’re stopped by law enforcement, there often isn’t much you can say to “talk your way out of” a DUI. Truly, it doesn’t matter if an officer thinks you “look guilty.” The final arbiter of your guilt is the court. The more you talk to the officer, the more questions you answer, the more potential evidence you are providing them with to possibly use against you. Beyond providing your correct name and address when asked, there is absolutely no need for you to answer questions. We do not recommend rudeness, but you can politely – yet firmly – state you will only answer their questions in the presence of a defense lawyer.

Fact: Florida law does NOT require individuals suspected of drunk driving to undergo standardized field sobriety tests. In general, field sobriety tests are not an accurate measure of one’s sobriety/intoxication, and rarely result in positive outcomes for the defendant.

However, you should not that field sobriety tests are different than breathalyzer tests. Per Florida’s implied consent law, F.S. 316.1932, a person who refuses to undergo a breathalyzer test is subject to a mandatory license suspension, with a first-offense refusal resulting in a one-year suspension. That suspension can remain in place whether you’re ultimately convicted of DUI or not. However, you may want to consider whether it is worth a license suspension not to give police more evidence that could be used to convict you in a DUI case.

Myth 3: You Can’t Be Arrested for DUI in Broward if Your BAC is Under 0.08

Fact: Your blood-alcohol concentration (BAC) is only part of the equation.

F.S. 316.193 holds that you may be considered under the influence of alcohol if you have a BAC of 0.08 or higher OR if your normal faculties have been impaired. That last one is a bit subjective (which is why drivers have to be careful in agreeing to undergo field sobriety testing, which can form the foundation of such conclusions). But bottom line is that even if your BAC is under 0.08, you can still be arrested for DUI if the officer believes there is other evidence of intoxication, such as swerving while driving, hitting objects in the road, or a crash with another vehicle. Your appearance, speech, or ability to balance may also be taken into account. Even if your BAC is 0.00, you might still be arrested for DUI if the officer believes you are under the influence of an intoxicating substance that is not alcohol.

If you are arrested for DUI in South Florida, it is imperative that you speak with an experienced Broward DUI defense attorney as soon as possible. We can help you navigate the legal system and advise the best course of action, given the unique circumstances of your case.