In Pompano Beach, police reported that a 23-year-old man was arrested after reportedly attacking and choking his father, stopping only after the family’s dog, a pit bull, intervened and jumped on the back of the son. 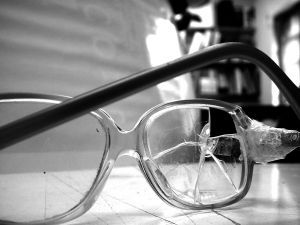 Our Broward domestic violence defense lawyers recognize that domestic violence cases are always fraught with he-said-she-said, and unfortunately almost always, someone is going to jail, even when both parties may actually be equally culpable.

Most often, people think of domestic violence as occurring between those who have a romantic relationships. But parent-child relationships can be equally volatile.

Charges in these cases can be particularly severe, if the person alleged to be the victim is over the age of 65.

Some adult children may fail to take this aspect into account when the argument begins to escalate.

Even if no serious bodily harm or permanent disability results from this action, the defendant could still be facing a third-degree felony, punishable by up to 5 years in prison.

If the abuse is deemed to be aggravated – that is, it involves aggravated battery or willful torture, malicious punishment or caging that results in great bodily harm or permanent disability, the charge is hiked up to a first-degree felony, punishable by up to 30 years in prison.

By contrast, defendants charged solely with domestic violence will rarely face that kind of time.

Still, that’s not to say it isn’t serious. A conviction could be used against you in your divorce or child custody hearing – regardless of whether the incident involved the person you are now up against in the civil case. Plus, you won’t be able to bond out of jail immediately, you may have to surrender your firearms, it could be grounds for deportation and it could affect your current job or future employment prospects.

In this case, the argument involved an adult son and father and it was over money. It was around 9 a.m., and the argument rapidly escalated, with the son allegedly throwing his father to the ground and placing him a chokehold with his arm around his father’s neck.

The father would later tell investigators he struggled to gasp for air. The two men continued to fight throughout the house – into the kitchen and then back into the living room – where the father was again placed in another chokehold.

The father reportedly began yelling for help, and a neighbor burst in at that point, trying to pull the son off his father. He wasn’t strong enough, but around this time, the family’s pill bull jumped into the brawl.

The dog bit everyone involved a number of times.

The son then fled the apartment. He was arrested a short time later at a residence nearby.

Emergency medical services responded to treat the father for injuries, but the father declined.

The son was charged with domestic battery by strangulation and battery with domestic violence. These are third-degree felony charges, punishable by up to five years in prison.

He was not charged with elder abuse, as the father was just a few years shy of the cut-off for that charge.