The Fort Lauderdale theft of some $100,000 in merchandise from two area electronics stores is being potentially linked to other retail thefts in Florida. 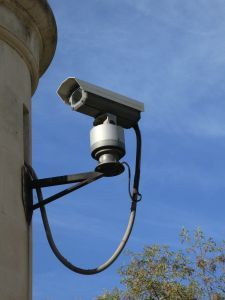 Our Fort Lauderdale criminal defense lawyers recognize that this incident comes on the heels of an announcement by local, state and federal authorities that a comprehensive retail task force is in the works.

According to federal officials, retail thefts nationally result in losses of approximately $30 billion and affects most storefront retail businesses to some degree.

The new task force, which is going to include deputies from the Broward County Sheriff’s Office, will target the many different types of retail theft crimes, from individuals who line their pants-pockets with tin foil to throw off anti-theft sensors to organized theft rings that have been known to drive off with containers packed with merchandise.

The recent electronics store burglaries are one example of what authorities are targeting. According to news reports, the first incident happened at a store on North Federal Highway, where a pair of individuals gained entry after store hours by cutting a hole in the roof. From there, they forced open several display cases and reportedly heisted about $30,000 worth of electronics.

The second incident, which occurred at another branch of the same business, this one on Southeast 17th Street, happened when two individuals broke in through a wall the store shared with another business. Once again, the pair targeted the display cases, this time making off with about $90,000 worth of electronic merchandise.

Similar incidents have been reported in Largo, and detectives say the incidents could be connected.

Another recent example was the case of a couple in Palm Beach County who were arrested after attempting to steal nearly $2,400 worth of baby formula from a large chain store retailer.

Then there was the Hialeah couple accused of stealing some $36,000 in children’s products. Their scheme involved purchasing expensive, big-ticket items one day. They would then return a few days later, pull these items off the shelves and then return to the register for cash using the original receipt.

The methods reportedly run the gamut, from robberies at gunpoint to sophisticated heists.

Task force investigators say these items, often stolen in bulk, are then sold at local flea markets or online.

The National Retail Federation, which cited the $30 billion figure in its latest national survey, has reportedly ranked Miami as 4th in the nation for prevalence of organized retail theft. The organization said many retailers are unprepared to confront those with elaborate schemes. He said the methods have evolved rapidly, and the deterrent actions that were effective even a year ago are no longer working.

While the task force operators say they have little interest in targeting small operations, we are confident that arrests for all types of shoplifting and retail thefts are going to spike in the coming months with the creation of this initiative.

There are also exceptions to these rules. For example, if you steal a firearm, it might only be worth $200, but according to the law, it will be charged as a third-degree felony.