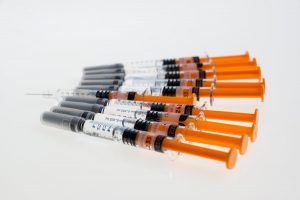 When it comes to sobriety testing during traffic stops of suspected impaired drivers, there are a few things a Florida DUI defense lawyer will want you to know in advance:

Much of this all comes down to case-by-case circumstances, but particularly if the incident involves a serious crash with injuries or death, one needs to be especially cautious and choose to decline submission to any test unless/until speaking with a Fort Lauderdale DUI defense lawyer. Voluntary submission to any test or question often removes the potential for a defense lawyer to challenge the evidence with a motion to suppress.

How E-Warrants Are Changing the DUI Blood Test Dynamics

An increasing number of communities are training police officers to draw motorists’ blood either in vans or police stations. As noted in a recent PBS article on the issue, agencies are concerned as the opioid epidemic grows and as an increasing number of states legalize marijuana to varying degrees. By training more officers to conduct blood tests on the roadside, they can get more accurate readings (as many substances – including alcohol – cycle through the bloodstream fairly quickly.)

To address the warrant requirement for blood draws, communities have established on-call judges who can approve warrants electronically, typically within a matter of minutes, no matter the time of day or night.

Some law enforcement officers have called this “a game-changer.” While courts have typically found breathalyzer tests to be an adequate means of determining alcohol impairment, the same is not true for drug impairment. This is why departments have become aggressive about ways to initiate prompt blood tests. But as our Fort Lauderdale DUI defense lawyers know, the rushed nature of these procedures and the varying training standards for police phlebotomists (those trained to draw blood) could leave the legality of the evidence gathered in question.