If you are questioned by police in connection with suspicion of a crime, should you talk? What if you’re innocent? Even if you aren’t, won’t it look worse if you refuse to cooperate? 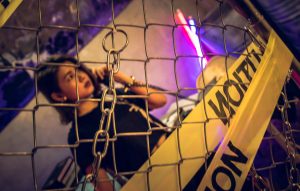 As a Fort Lauderdale defense lawyer, we generally assert that where possible, communication with law enforcement in almost any circumstance should be polite – but extremely brief. The exact amount of information to divulge – or not – can be tricky, especially if you are sure they could glean the information elsewhere. If you have any doubt, politely but firmly decline to offer any further information before speaking to an attorney.

The main thing to keep in mind: Information gleaned against your will or without your cooperation might be successfully challenged later by your attorney with a motion to suppress. However, information you offer freely can be much more difficult for your attorney to suppress.

Confessing to a Crime in Talks With Police

Recently, a bizarre incident outside an adult entertainment venue in Key West ended in the arrest of a woman on charges of assault with a deadly weapon.

According to the local NBC News affiliate, a group of adult entertainers were standing outside a club when one noticed a man allegedly filming them. The woman reportedly became irate and, according to police, threw a coconut at the the man.

When police reviewed the man’s cell phone footage of the alleged incident, it did not capture the alleged coconut-throwing. The footage did show the coconut wobbling seconds after it had reportedly been thrown.

The accused, however, “reportedly confessed to throwing the coconut at him, but claimed it never hit him.”

Suspect in this case may have presumed the coconut would have needed to hit him in order to be charged. Or she may have guessed the police would have found out anyway that she’d thrown the fruit by viewing the footage. Or she may not have realized that a coconut could be considered a deadly weapon or that the charge could be so serious. Or perhaps she figured that by explaining the reasonableness of her purported actions to police, they would not arrest her. In the end, none of this turned out to be true.

F.S. 784.021 states assault with a deadly weapon without intent to kill is a third-degree felony, punishable by up to five years in prison. That is what she was charged with. Although it’s difficult to say whether she would have been charged regardless of that confession, the confession likely will serve as strong evidence of her guilt.

This is just one example of why we advise suspects to exercise their Fifth Amendment right to remain silent – even if they haven’t been expressly advised of it by police. It does not appear the woman was under arrest and thus in police custody when this “confession” was offered, and thus this was not a formal questioning wherein police would have been legally required to advise her of that right.

Our Fort Lauderdale defense lawyers note this is why it is best to refrain from expounding on details with authorities even if you aren’t under arrest or being formally questioned. Too often, suspects end up “gifting” prosecutors with additional evidence against them by freely speaking to police when they were under no obligation to do so.