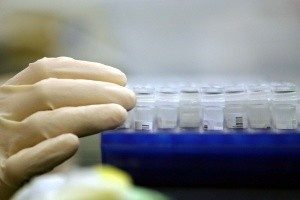 The crux of the argument centered on the viability of Florida’s alcohol blood testing methods. But the justices plainly stated that, “Any attempt by the FDLE to regulate for every possible contingency that may arise in the collection or testing processes would swiftly devolve into a hopeless endeavor and serve only to expand the department’s regulations to epic lengths.”

Goodman had been charged with DUI manslaughter, vehicular homicide and hit-and-run/ failure to render aid after he allegedly struck Wilson’s vehicle, which then plunged into a nearby canal.

As part of his defense, attorneys moved to exclude the blood-alcohol tests, arguing that Florida Administrative Code Rules 11D-8.012 and 11D-8.013, which deal with the collection and storage of blood samples, were invalid and FDLE did not have the authority to set these rules.

The trial court deferred ruling on this motion and transferred the issue to the Florida Division of Administrative Hearings. That’s where an administrative law judge held a hearing and ultimately dismissed defendant’s petition, finding the rules were valid and FDLE had the authority to set them. Thereafter, trial court denied the motion to exclude the blood tests and defendant was convicted.

The first rule at issue is one that specifies the steps that have to be taken during collection of a blood sample for testing process in DUI cases. Part of that rule includes a provision that the skin has to be cleansed with a non-alcohol antiseptic before collection and that samples have to be kept in a glass tube that contains a preservative. The tube has to be inverted several times before testing and properly labeled and then samples have to be refrigerated if they are stored longer than a week. However, there is no standard set for the size of the needle or the tourniquet used to collect the sample.

The second rule lays out the requirements for blood analysts and the testing procedures. There is no requirement in this rule to document irregularities in the samples or to screen for and reject compromised samples.

However, the 4th DCA ruled that not only was defendant’s argument overly-broad, but that he was presenting a “solution in search of a problem that does not exist.”

The size of the needle or type of tourniquet, the court ruled, do not affect the accuracy of the samples. With regard to the fact there is no requirement to test for irregularities, lab workers in defendant’s case noted they normally do this. Further, the FDLE said the rules are to serve as a guide that supplements and reinforces sound scientific principles and lab practices.

The fact that the rules don’t expressly include these provisions does not render them invalid, the court ruled.

Challenges to blood-alcohol samples can be highly technical and legally complex. If you have been arrested for DUI or DUI manslaughter, you need the help of a skilled criminal defense attorney.