A criminal record can follow you for a lifetime, impacting your ability to land a job, continue your education, or sign a lease. This is true even if your case never resulted in a conviction. One way to rectify this (if you qualify) is to petition the court to have your record sealed or expunged. 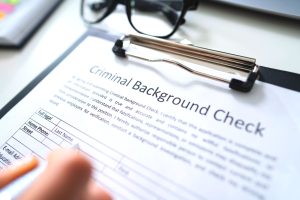 If you have been arrested in Fort Lauderdale and are curious about whether your records can be sealed or expunged under Florida law, our Broward criminal defense lawyers can offer details.

Record sealing and expungement sometimes get confused, but they are two separate processes with two different outcomes.

When a record is sealed, it still technically exists, in both the physical and legal sense.

On the other hand, with expungement, your record is essentially wiped clean, as if the charge never existed.

When a record is sealed, it isn’t publicly available but can be accessed with a court order. F.S. 943.045 explains that when a record is sealed, it’s inaccessible to anyone that doesn’t have the legal right to it, which generally means it can still be accessed by criminal justice agencies or by someone with a court order. Record sealing is not available for every offense or case outcome.

Expungement or expunction is only available for cases that did not result in conviction (though it may involve a form of deferred disposition). As outlined in F.S. 943.045(16), expunction of a criminal record is the court-ordered physical destruction of that record by the criminal justice agency that possesses it.

Laws for record sealing and expungement vary by state.

Eligibility – and Disqualification – for Record Sealing and Expunging

Sealing is standard for juvenile records (except those involving serious felony offenses), and happens automatically when the youthful offender turns 18.

Adults may also be eligible for record sealing or expunction if they petition the court to do so – but only under certain circumstances.

In order for a Florida criminal record to be sealed or expunged by by petition, the person seeking it must:

Although the Florida law only allows the sealing or expunging of one criminal history record in a lifetime, the court has some discretion to seal multiple records if the multiple offenses or cases were derived from a single criminal incident or episode and  be at least temporally related.

Benefits of Sealing and Expunging

There are a host of practical and legal benefits to having one’s record sealed or expunged, as our Broward criminal defense lawyers can explain.

For one thing, sealing and/or expunging a record means that it’s going to be shielded from public view. That can be important when you’re applying for a new job, promotion, or residence. When a record is sealed or expunged, you don’t have to disclose it to employers or other interested persons (with a few exceptions – such as for employment in law enforcement, DCF, admission to the Florida Bar, etc.). Taking this action can protect your reputation in the community, and also gives a sense of closure.

If you are wondering whether it’s possible to seal or expunge your South Florida criminal record, our Broward defense attorneys can provide insight and offer free initial consultations.