Florida law imposes minimum mandatory sentences for certain serious or violent offenses. However, even someone who is convicted of a less serious offense may face severe penalties – if they had a prior conviction. 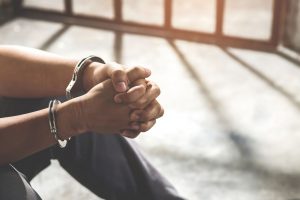 In fact, the state legislature imposes several categories of sentencing enhancements for repeat offenders, which include:

As our Fort Lauderdale criminal defense attorneys can explain, anyone previously convicted of a crime who now stands newly accused must take the potential consequences seriously. Investing in quality legal representation is an imperative when the stakes are so high for your freedom and future.

Habitual felony offenders, as spelled out in F.S. 775.084(1)(A), are offenders who have been previously convicted of a combination of two or more felonies OR qualified offenses. These offenses include (but aren’t necessarily limited to) sexual battery, robbery, kidnapping, aggravated abuse or manslaughter of a child, elderly person, or disabled adult, armed burglary, aggravated battery or stalking, unlawful discharge of a bomb/destructive device, and manslaughter/murder. (Note that purchase or possession of a controlled substance doesn’t qualify.)

Per F.S. 775.084(1)(B), if they have been convicted of a violent felony – including attempt to commit and conspiracy to commit. This must be committed within five years of the previous date of conviction to be eligible.

To be classified as a violent career criminal, as outlined in F.S. 775.084(1)(D), one must have adult convictions for three or more previous offenses such as:

To qualify, the felony for which one is about to be sentenced must be one of those offense, committed after 10/1/1995, and while serving for a conviction of one of the prior offenses OR within 5 years of one’s conviction of or release for said offense.

The last of these draconian classifications is the prison releasee reoffender program.

In order to be classified under this umbrella, the court must find that the offense was committed either while imprisoned, while on escape status or within three years of one’s release from prison. The following attempted and/or committed offenses apply:

These are not cases you can leave to chance. If you are facing felony charges – and possible sentencing enhancements under these provisions – it is critical that you/your loved one immediately secure a strong criminal defense advocate. Do not presume that because you’re innocent or the evidence is exaggerated that “the truth will set you free.” More often than not, it’s a good lawyer who does that.