A domestic violence injunction is intended in Florida as a means of protecting individuals from harm by those who have previously shown aggression or other dangerous tendencies. 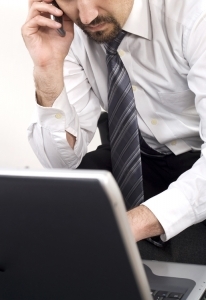 Most often, people think of injunctions or restraining orders as being granted when a paramour physically attacks his love interest. It’s true this is often the case. However, what we are increasingly seeing is domestic violence injunctions granted in cases where no violence is reported, but rather the defendant is accused of “cyberstalking.”

Our Fort Lauderdale domestic violence injunction defense attorneys know the burden of proof is lesser with requests for protection than for criminal conviction. It’s not uncommon for an injunction to be granted, even when there is no criminal conviction or even arrest for the underlying actions alleged. With a cyberstalking allegation, it’s possible one could have an injunction against them without ever touching or even talking to the person filing the request.

A domestic violence injunction – even a temporary one – is a public record that can be accessed by anyone, and can have a detrimental effect on your your employment and other relationships. It’s imperative to have an experienced criminal defense attorney argue against the court’s imposition of such an order.

In the recent case of Branson v. Rodriguez-Linares, a case of alleged cyberstalking gave rise to the lower court granting a domestic violence injunction, which the appellate court affirmed.

According to the case file, the petitioner filed a request with the court for a domestic violence protection order against the defendant, asserting he was stalking her via electronic mail. The trial court determined the defendant hadn’t threatened her, but had sent her roughly 300 e-mails over the course of about 45 days. Based on this, the court granted the request.

The defendant appealed on the grounds that he never threatened the petitioner and she suffered no violence.

Cyberstalking in particular is defined as engaging in a course of conduct to communicate electronically with another person in a manner intended to inflict substantial emotional distress for no legitimate purpose.

The appellate court cited several instances of case law where the court found innocuous or even harassing phone calls didn’t rise to the level of “stalking” for the purposes of domestic violence injunctions. In Giallanza v. Giallanza, for example, the court held in 2001 that an injunction can’t be based on proof of “general harassment.” In the 1999 case of Gustafson v. Mauck, Florida’s 1st DCA reversed a domestic violence injunction where the petition was based on proof of numerous innocuous phone calls that failed to rise to the level of stalking.

None of these, the court found, precluded affirming the order in the Branson case because there was proof of recent stalking, which the court deemed sufficient to establish an act of “violence,” as required for the issuance of an injunction.

The court conceded some ambiguity with the term “domestic violence” in these situations, but noted stalking is a qualifying offense in terms of the law regardless of whether it constitutes a specific threat or results in injury or death.