A defendant convicted of multiple drug charges in Fort Lauderdale has had that conviction reversed, and the case remanded for retrial, on the grounds that prejudicial evidence was admitted into in error. Further, Florida’s Fourth District Court of Appeal found the trial court erred in a number of rulings that were unfairly harmful to the defendant prior to his conviction. 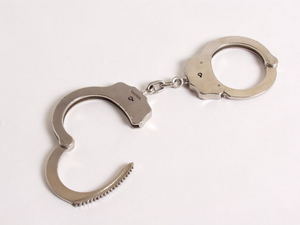 Fort Lauderdale drug defense lawyers recognize that in the course of an arrest, evidence may be uncovered that police deem relevant at the time, but for purposes of trial are found to be more prejudicial than probative. This kind of evidence must be omitted from the record, so as to not unfairly prejudice the defendant.

One of the most common examples has to do with gun-related evidence. Jurors can make a host of assumptions based on evidence of a gun found on the defendant, but those assumptions could be unfair if the gun wasn’t an element of the crime accused.

This was highlighted recently in the case of Parker v. State of Florida, where Florida’s Fourth District Court of Appeal overturned a drug conviction, following a finding the trial court had improperly admitted that evidence for jury consideration.

This case began as so many do, with a routine traffic stop. The officer on scene spotted what he believed was a firearm tucked between the seats of the vehicle driven by the defendant (the defendant didn’t own the vehicle). The object was later identified as a small, semi-automatic weapon. It was later revealed the defendant was a convicted felon, and he was arrested for being a felon in possession of a firearm.

Upon further search of the car, officers found a container of pills, as well as oxycodone, possession of alprazolam, possession of drug paraphernalia and possession of cocaine with intent to deliver. He also was allegedly found to have a small amount of marijuana on his person, and was additionally charged with misdemeanor marijuana possession.

Later, for reasons not fully explained in the appellate court’s decision, the charge relating to the firearm was dismissed (“as it clearly should have been,” according to the court). The defense sought to exclude all evidence related to the firearm found in the vehicle, arguing such evidence was more prejudicial than probative. The trial court initially granted the motion, but later reversed, citing the prosecutor’s argument that it was needed to explain why the vehicle was searched.

During trial, the arresting officer, over repeated defense objections, testified at length about the gun evidence. The firearm itself was even admitted into evidence and presented to the jury. Later, the jury was given the instruction “not to consider the fact that the defendant was arrested for a gun charge.”

He was convicted of the drug charges.

Upon appeal, the appellate court noted the Florida Supreme Court has indicated instances where evidence of certain bad conduct can be admitted to a jury when it’s necessary for a complete description of certain elements of the crime or to adequately describe the offense. It is relevant when it is a “relevant and interwoven part of the conduct that is at issue.”

The test for this considers whether the evidence:
–Fully describes the action;
–Provides an intelligent account of crimes charged;
–Establishes the entire context;
–Describes event leading up to the charged crime.

Here, the court found, it wasn’t necessary for evidence relating to the gun or the gun charge to be admitted.

Further, the court indicate the trial judge erred in excluding evidence (written prescriptions) that corroborated the defense witness’s testimony that the pills belonged to him. The court also concurred with the defense contention that evidence found during the execution of a search warrant at the defendant’s home, unrelated to the traffic stop, was improperly admitted.

The drug conviction was reversed, and the case remanded.