Navigating the Florida criminal case process is overwhelming for anyone arrested in the Fort Lauderdale area. Working with a dedicated Broward defense lawyer who knows the law, the local players, and the legal strategy most likely to help you prevail is essential. 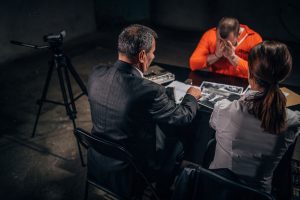 That said, we do like our clients and their families to have a basic understanding of how the case is going to proceed from start to finish. It’s worth noting that this process is applicable to state-level cases, not federal. Further, every case is different. One thing they all have in common, though, is that studies show the sooner you hire an experienced criminal defense team, the more favorable the outcome. (One analysis found that criminal defense attorneys in one large city helped reduce the murder conviction rate of their clients by 19 percent and reduced the probability of their client receiving a life sentence by 62 percent. Overall time served in prison was reduced by 24 percent.)

Our battle-tested criminal defense team is prepared to go to bat for each and every one of our clients, whether they’re facing felony or misdemeanor charges.

Arrest and Notice to Appear

This marks the start of your Florida criminal case. If an office of the law (typically a police officer or sheriff’s deputy) has probable cause to reasonably believe you committed a crime, they can make an arrest. Sometimes, this is predicated on the basis of an arrest warrant that has been written and signed by a judge. Other times, it stems from evidence gathered while officers are patrolling or responding to specific calls for assistance.

The case is then filed with the Clerk of Court, as well as with the State Attorney’s Office. In Broward County, this is through 17th Judicial Circuit.

For more minor offenses, an officer may issue a Notice to Appear in lieu of an arrest. Unless otherwise specified, a notice to appear is a written order issued by law enforcement that indicates the offense of which the person is accused and gives them a designated court/government office at which to appear at a certain time/date to answer for it. If you fail to appear for that court date, the court can issue a warrant for your arrest.

The arraignment is where the charges are formally read to you in court. It is at this time that you must first enter your plea: Guilty, not guilty, or no contest.

Most Broward criminal defense attorneys are going to advise you to enter a plea of not guilty. Keep this in mind if you’re ever facing an arraignment without the benefit of an attorney. If you’re already working with a defense lawyer at that point, they are likely to waive the arraignment and simply file a written plea of not guilty.

At the start of your case, your defense lawyer will file a notice of appearance as well as a demand for discovery. In layman’s terms, we want the state attorney (prosecutor) to turn over the evidence they have against you. Prosecutors are required by law to do this – and they are also required to turn over any evidence that might help establish your innocence.

Discovery can take months, depending on the complexity of the case and the severity of the charge. In felony cases, there are likely to be several pretrial conferences at which these disclosures are discussed.

Pretrial conferences, as explained by the American Bar Association, are sometimes referred to as “status conferences.” They happen after all the initial pleadings, and the intent is to help the judge manage the case and keep it moving along. Judges will want to keep tabs on how the case is progressing and will set dates for the conclusion of pretrial activities and tentative dates for trial.

Conferences can also be times for judges and lawyers to review the evidence and clarify whatever issues might be in dispute. Where cases aren’t resolved by plea deals/negotiations with prosecutors, the court may set an issue conference. This is where both sides will appear before the judge to set stipulations of agreed-upon, undisputed facts (if there are any) and other points of law. This can help to reduce the scope of the trial (and reduce your legal fees) because it narrows the points that actually must be proven.

While your case is progressing, your Southeast Florida defense lawyer will likely file numerous motions – some asking the judge to make a decision or take action on a certain aspect, others urging prosecutors to drop the charges altogether. There are many different types of motions. One of the most common in Florida criminal cases is the motion to suppress. This is when we try to have certain unfavorable evidence thrown out, often because it was the result of an illegal search, seizure, or confession. There is also the motion to compel, which asks the judge to order prosecutors to turn over outstanding discovery, and the motion to dismiss, which asks the judge to have the case tossed because it can’t be prosecuted due to lack of evidence, etc.

The vast majority of criminal cases that are not dismissed will end in a plea deal of some sort. Plea deal negotiations will be ongoing the whole time the other processes are occurring – up to the point the trial begins. In some cases, plea deals are reached just before a jury returns a verdict. A skilled attorney can advise you on whether a prosecutor’s offer is acceptable or whether you should choose to consider fighting. But in any case, your attorney should be prepared to go to trial if it’s in your best interests.

Trial is when your case is taken before the court to be decided by either a judge or a jury.

If you are unsatisfied with the outcome of your trial and it appears the court made significant errors in reaching the conclusion it did, you may have grounds to appeal.