Broward County commissioners have voted unanimously to slash the punishment for those caught in possession of small amounts of marijuana. The measure allows a person to be issued a civil citation instead of an arrest if: 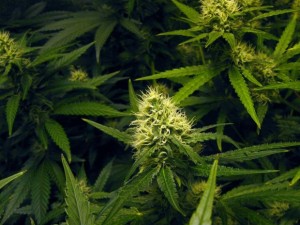 –The amount of the drug with which they are caught is 20 grams or less;
–The person did not also commit domestic violence, DUI or some other felony;
–The person has not had three or more prior citations for marijuana possession.

Commissioners at this point have taken it as far as they can. They cannot decriminalize a drug that is illegal under state (and technically, federal) law. That means police and prosecutors will be given discretion. They can choose to issue a citation that comes with a civil fine, or they can treat the offense as a misdemeanor.

Even if you are arrested, a convincing argument from an experienced Fort Lauderdale marijuana defense lawyer could mean the difference between a civil citation and a permanent criminal record.

The commissioners were quoted as saying that while this was a positive step, they lamented that people would still be arrested and jailed for what is essentially a minor infraction. In 23 states plus Washington, D.C., marijuana has been legalized for medicinal purposes. In four other states plus D.C., it’s been legalized for recreational use.

In Broward County, there was widespread support for a measure last year that would have legalized medical marijuana. However, it didn’t have the same kind of backing throughout the state as it did in Broward, and the bill failed.

Commissioner Marty Kiar told the Sun-Sentinel that he is not a marijuana smoker and never has been. In fact, he doesn’t think anyone should smoke it. Still, he supports legalization of it because he doesn’t believe possession or use should prompt incarceration or a stain on one’s permanent record.

The “pot ticket” option – again, issued at the discretion of police – would start with a $100 fine for the first offense, then go to $250 for a second offense and then to $500 for a third offense. If a person is cited a third time, he or she will be recommended for drug screening, treatment and education – if necessary.

In addition to the discretion officers till have, any individual city within Broward has the power to opt-out of the measure.

Broward isn’t the only local government to take such action. Miami-Dade commissioners passed a similar law earlier this year. That measure fines violators $100 for being caught in possession of small amounts of marijuana.

Commissioners in Palm Beach County are also weighing a reduced penalty plan for marijuana. However, it’s been put on hold until at least December, in anticipation of an opposing report by the local sheriff.

The story is a bit different here in Broward. In fact, the Sentinel reports both the sheriff’s office and the state attorney are backing the comissioners’ action. Both say it’s in the best interest of the state to keep small-time pot users out of the criminal justice system. This will allow them to fill out job applications without being forced to tell anyone they were caught with an illegal drug.

A civil citation is on par with a speeding ticket or loitering.

Next year, we expect another legislative push to approve medical marijuana in Florida, with the aid of several high-profile advocates.