A 75-year-old man from Broward County admitted in a Fort Lauderdale federal courtroom that he and two others heisted millions of dollars from investors more than 10 years ago, blew a good chunk of it on lavish lifestyles and squirreled away the rest in overseas accounts. 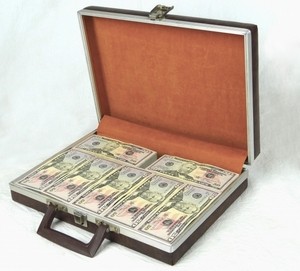 Burton Greenberg of Plantation pleaded guilty to wire fraud conspiracy at a recent hearing. He faces up to two decades behind bars.

The guilty plea comes just one month after he and another man, 60-year-old Bruce Kane of Fort Lauderdale, were arrested in connection with the scheme. Kane is being held in a prison in upstate New York, where he was apprehended. A third man, a Canadian national, is a suspect but has not yet been arrested, though he is believed to be residing in Turkey.

These kinds of white collar criminal cases are almost always prosecuted at the federal level, which often translates to harsher penalties.

Investment fraud, also sometimes referred to as as “securities fraud” or “stock fraud,” involves using deceptive practices to compel people to make purchases or sale decisions. In many cases, the targets are unsophisticated or inexperienced investors who aren’t able to effectively calculate the risk, and usually can’t afford the loss of capital. A lot of cases involve investors who are elderly, uneducated or even mentally challenged.

In many cases, those engaging in investment fraud spend much time working to make these schemes appear legitimate. In some cases, these individuals may have good intentions but be truly inept. However, it can be difficult to convince prosecutors when the losses are so significant.

Where the scheme involves some reliance on electronic communication, this is where wire fraud charges may apply. Per 18 U.S.C. 1343, wire fraud is when someone uses an interstate communications device (such as a phone, internet, fax machine, etc.) as part of any scheme to defraud another person of money, property or anything else of value.

At the core of wire fraud is intent. It’s not possible for someone to “accidentally” commit wire fraud in the legal sense. It is critical for prosecutors to show defendant acted with intent to defraud. But again, that doesn’t necessarily stop federal prosecutors from individuals who may have had good intentions, but failed miserably and lost a lot of money or property in the process.

And although there was actual money allegedly lost in the case involving Kane and Greenberg, it is not in fact necessary for the government to prove victims lost money. What the statute prohibits is engagement in a scheme to defraud. So even if no actual losses are suffered, the mere planning of such an operation can result in years in prison.

It’s imperative for those accused of wire fraud or any type of investment fraud to contact an experienced legal team that is well-resourced and has an established record of success in similar cases.