Florida has strong and well-established “stand your ground” self-defense laws. But can you successfully argue self-defense in a South Florida domestic violence case? 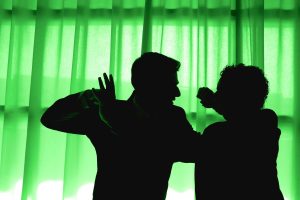 The short answer is: Yes – but you better have solid evidence.

As our Broward County domestic violence defense lawyers can explain, there are a number of state laws pertaining to self-defense and how it should be applied in Florida criminal cases. Most of these can be found in Chapter 776 of Florida Statutes, which outlines the criteria for Justifiable Use of Force.

If you’ve used justifiable force, then you would not be subject to prosecution. However, there is another provision worthy of consideration if the underlying circumstances involved an allegation of domestic violence:

Your Broward domestic violence defense lawyer can tell you for certain if the circumstances of your case lend themselves to a legal strategy involving self-defense. But it’s typically not the go-to in domestic violence cases, and your lawyer will also likely tell you there are some big risks with going this route.

Anytime one is arguing self-defense, it’s risky because doing so requires that you admit to a few important points of the prosecutor’s case against you:

These are elements you might not necessarily want to concede to in some domestic violence cases. But if you’re arguing self-defense, you must. It will then be up to your criminal defense lawyer to prove:

The bottom line is that while it is possible to raise an argument of self-defense in a Florida domestic violence case, it’s not a strategy that should be taken without considerable caution and consideration for the totality of the evidence. If you have been arrested for domestic violence in South Florida (Broward, Palm Beach, or Miami-Dade Counties), our criminal defense team can help.