In Florida, breathalyzer tests are one of the most common tools used by law enforcement officers to glean proof of the blood-alcohol concentration of a motorist suspected of driving under the influence (DUI), in violation of F.S. 316.193. But can you refuse to take the test? Can you be forced to take one? If you refuse, can you still be convicted? 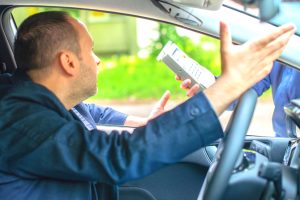 As our West Palm Beach DUI defense attorneys can elaborate, Florida has an implied consent law (F.S. 316.1932). This law states that anyone who accepts the privilege of operating a motor vehicle in this state is deemed to have given consent to submit to an approved chemical or physical test administered by authorities for the purpose of determining the alcoholic content of his or her blood or breath. The test must be incidental to a lawful arrest, administered by a law enforcement officer who has reasonable cause to believe the person was driving or in actual physical control of the vehicle while under the influence of alcohol.

Reasonable suspicion of a DUI can include things like:

As to whether it’s better to submit or refuse, there are pros and cons to each. Refusal to submit to testing under the state’s implied consent law will result in an automatic one-year license suspension, and your refusal can be used against you in criminal court. That said, refusal effectively deprives prosecutors of a key piece of evidence that can be used against you in the DUI criminal case.

It’s worth noting that if you do choose to submit, there is an extensive history of technical problems associated with the Intoxilyzer 8000 (the machine most commonly used to administer roadside breath tests). Much of it comes down to human error and improper training on how to use the device to glean effective BAC results. These facts might be used by South Florida DUI defense lawyers in challenging the BAC results.

But even without the results of a breathalyzer test, you could still be convicted of DUI. That’s because the statute doesn’t say one can only be convicted upon presentation of proof that one’s blood-alcohol content is 0.08 percent or higher. One can also be convicted if they are impaired by alcohol or any chemical substance that has affected them “to the extent the person’s normal faculties are impaired.” This can be established with evidence of things like slurring words, glassy eyes, poor balance, erratic driving, open containers of alcohol visible in the car, smell of alcohol, clumsiness, slow reaction, emotional swings, etc. 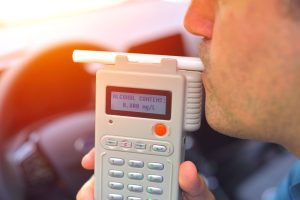 Field sobriety tests (such as the walk-and-turn, horizontal gaze nystagmus, etc.) can also be used to establish intoxication – particularly if someone has refused a breathalyzer test. However, field sobriety tests are not mandatory. Florida law does not authorize law enforcement to force a driver to perform field sobriety tests, and there is no automatic penalty for declining like there is for refusing a breathalyzer test. During traffic stops, officers may frame performance of a field sobriety exercises as an opportunity for the driver to dispel the officer’s suspicion that he/she is under the influence. The officer may say that if the driver does not participate in the test, they will arrest them. That doesn’t mean the driver is being arrested for refusing. Rather, it means the officer has up to that point gathered what they feel to be sufficient evidence of impairment. Voluntarily participating in field sobriety tests *might* help you avoid arrest if you perform them well. However, if you are actually impaired to an extent, you may only be giving them more evidence to use against you.

Another piece of evidence that can be used to obtain a Florida DUI conviction is a blood test. This is considered inherently more invasive than a breathalyzer test, but it can be obtained at the request or demand of law enforcement without one’s consent under a few conditions. Specifically:

If you have been arrested for DUI in West Palm Beach, we can help.