Fort Lauderdale is a prime destination for tourists from across the country and around the world. It’s estimated more than 120 million people flock to Florida each year – many making their way to the Southeast coast. Unfortunately, if you’re arrested on vacation in Fort Lauderdale (most often for DUI, domestic violence, drunk and disorderly, solicitation, and drug possession), your good time can quickly morph into a legal nightmare. Our Fort Lauderdale criminal defense lawyers can help. 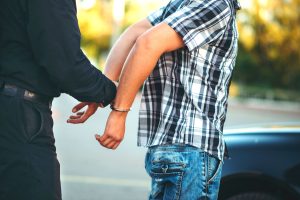 How you proceed will depend to some extent on the severity of the crime and the specifics of the case. Chances are, if you’re arrested for a misdemeanor, you will not be held for any extended period of time in jail, but you may be expected to return. It is possible that a lawyer can resolve your case for you without you having to return, but again, it will depend on the exact circumstances. It’s also possible that the consequences of any conviction will follow you in your own district, particularly if there are any supervised release requirements.

If you’re arrested for a felony (which are more serious charges), you may expect your time in jail to be a bit longer, and your legal fees, court costs, and penalties to be more substantial.

It is important to keep in mind that simply going home will not make the charge go away. It is critical to consult with an experienced, local Fort Lauderdale criminal defense lawyer who will offer sound legal advise, ensure your rights are protected, and fight for the best possible outcome.

Some factors to consider following a Fort Lauderdale arrest on vacation:

If you have any questions or have been arrested in Fort Lauderdale while on vacation and need immediate assistance, we can help.