Cannabidiol oil, better known as CBD, is touted in Florida stores as a means to alleviate anxiety and depression. But a dose of it with a little too much THC could have you feeling a different kind of anxious – in a South Florida jail cell. 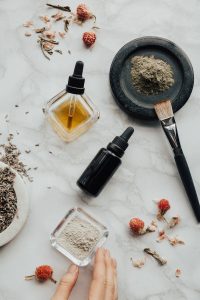 Criminal defense attorneys in Palm Beach know this probably has a lot of folks confused. After all, the 2018 Farm Bill legalized commercial hemp and the CBD that is derived from it. Hemp is used to make a wide range of goods and products, from textiles to soap. CBD is a derivative of hemp which is a type of cannabis, but unlike it’s cousin marijuana, hemp has little-to-no THC (tetrahydrocannabidiol). This is the psychoactive extract of the drug, meaning that’s what makes a person feel that euphoric high.

But while federal the latest Farm Bill removed commercial hemp and CBD from the list of federally-controlled substances, there are two things to keep in mind:

In recent weeks, the Palm Beach County Police Department has made numerous arrests of individuals who are possessing CBD oil that tested positive for THC (in field tests conducted by officers). Police told local news affiliates that most people arrested were being investigated for unrelated offenses, but were found to be in possession of THC-laden CBD. The problem is that unless CBD-oil comes from a Florida-approved medical marijuana dispensary, there is no guarantee that the THC level identified is correct because the product has not gone through quality control testing, which includes verification of THC amounts.

The same stance has been outlined by officials throughout the state, including those in Sarasota in Orlando.

In a case that made headlines recently, a great-grandmother from North Carolina was arrested for possession of CBD oil at Disney, following a bag check in which park employees alerted police authorities in Orlando.

There may be a number of defenses we can assert for those arrested for CBD possession in Florida.

Florida has not legalized the sale of CBD products outside medical marijuana dispensaries, so purchase could get you in trouble, as well as possession.

Businesses and individuals will need to be especially cautious in the coming weeks, as Florida’s Agriculture Commissioner Nikki Fried announced unregulated CBD products will soon be coming off the shelves per a new law written by her/her office.

A first-term Democrat elected last year, Fried has just finished the last of three rule-making workshops held across the state. In Florida, (SB 1020) passed this Legislative Session establishes a state hemp program. Gov. Ron DeSantis is expected to sign. Previously, Fried submitted cease and desist letters to retailers who were continuing to sell non-approved CBD oil and other related products. These include those sold at grocery, beauty supply, drug stores and even gas stations.

Palm Beach police officials say they aren’t targeting possession of CBD oil in particular, but someone who is arrested for other offenses and has it on their person can face additional charges for possession of it.

Possession of THC is a third-degree felony, punishable in Florida by up to five years in prison. Fried said that once the state’s CBD hemp program takes effect, CBD products sold throughout the state will be more regulated.