A Coral Gables DUI manslaughter defense team has advised a recently-released client not to speak to the media about the alleged incident, which resulted in the death of a 13-year-old girl. 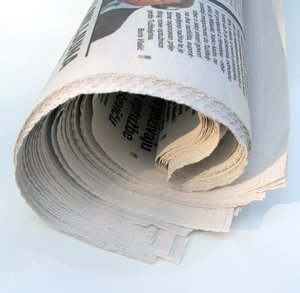 Coral Gables DUI manslaughter defense attorneys know this is a smart move, especially when an incident involves media coverage – which is likely to happen anytime a crash results in a death.

It’s important because while you may feel the need to defend yourself in the court of public opinion, where half-truths or flat-out falsehoods may be printed, what you say to a reporter can end up having a negative effect on your criminal case – and that is where all the facts are supposed to come out. If there is negative publicity, you need to let your experienced Coral Gables DUI manslaughter attorney handle it. He or she will know how to defend you – if it’s necessary – without saying anything that could jeopardize your defense in the proceedings.

In this case, the 38-year-old defendant was reportedly driving his girlfriend’s sport utility vehicle on the U.S. 1 busway on April 13 and struck a minvan carrying a family. By some estimates, he was traveling at speeds of over 100 miles per hour. The impact of the crash is said to have ripped the minivan apart.

The SUV driver reportedly tried to keep going, though his vehicle was damaged. He eventually left his vehicle and allegedly started fleeing on foot. He was soon stopped by police.

The 13-year-old girl, who had been asleep in the back seat, was declared dead at the hospital.

In addition to the media picking up the story, the girl’s 16-year-old sister posted a video on YouTube, asking supporters to sign a petition and show up at the courthouse for an upcoming bond hearing.

People responded, and about 250 were there when the driver was granted a bond that exceeded $200,000. That response from the community is likely part of the reason why the judge imparted such a high bond. It was originally set at $1 million. Normally in case of Coral Gables DUI manslaughter, as defined under FL Statute 316.193, the bond is set around $45,000.

Officers who escorted him in the courtroom for his hearing wore vests that were bullet-proof. He was using a walker.

Prior to the judge granting a lesser bond, the defendant’s parents were grilled on their finances and connection to their native Nicaragua. Prosecutors in the case have argued that he may be a flight risk. So now, his passport has been surrendered – as well as his parents’ passports – and he is on house arrest while he awaits trial. That means he must wear a GPS monitoring device, and is not allowed to leave his house for any reason other than doctor or lawyer visits. He also is not allowed to drive or drink any alcoholic beverages.

Outside his parents’ home, media gathered in front as he returned. When reporters tried to approach him, he collapsed. His lawyer has said this was a result of the injuries he sustained, which include broken ribs, a collapsed lung and a punctured liver.

His attorney later told reporters that the defendant will have nothing to say and that he has “forbidden him from opening his mouth.”

If you have been involved in a DUI manslaughter case and have not yet hired an attorney, you should practice this advice in the interim.