Last spring, the U.S. Supreme Court ruled in Missouri v. McNeely that in all except for the rarest circumstances, police seeking to force you to submit a blood sample for the purpose of having it tested for its alcohol content must have a warrant. 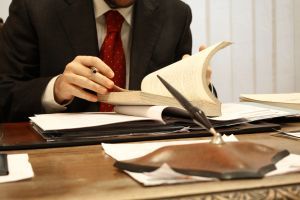 This was an important clarification in terms of ensuring the Fourth Amendment protections of the accused. However, our Fort Lauderdale DUI defense attorneys know that your rights don’t end there. Any warrant that is issued has to have a strong basis in probable cause. Absent that, the search may be illegal and therefore any evidence suppressed.

This is what happened recently in Snell v. State, a case heard before the Wyoming Supreme Court. In reversing a lower court’s findings, the state supreme court found that a police affidavit used to obtain a search warrant did not contain enough information to establish the necessary probable cause.

According to court records, the case involves a crash that occurred on a rural road in the summer of 2012. In the early evening, a man working in his front yard saw a pickup truck speeding down his road. Soon after, he watched as the driver lost control, and the vehicle rolled over. He then observed a person crawl from the wreckage and flee on foot. The man’s wife called for law enforcement.

Police determined no one else was hurt and tracked the truck’s owner, who lived about a mile away. She hadn’t realized her truck wasn’t in the garage. She suspected her son had taken it, though due to his three prior DUI convictions, he was not allowed to operate any vehicle that wasn’t equipped with an ignition interlock device, which the truck didn’t have.

About two hours after the crash, an officer spotted the son near his mother’s residence. His torn clothing matched the crash witnesses’ description and he had fresh cuts and blood on his face. The officer also noted that he smelled strongly of alcohol.

However, the defendant denied that he’d been in the truck. He’d fallen while tending to horses, he maintained.

He agreed to undergo several field sobriety tests, which he failed. He was then arrested and informed of the state’s implied consent laws. Similar to Florida, drivers there must agree to submit to breathalyzer testing when asked by police, or face penalties, such as license suspension. The defendant refused.

The police then sought – and obtained – a search and seizure warrant to collect a sample of the defendant’s blood and/or urine for alcohol testing. At four hours after the crash, the defendant’s blood-alcohol level measured 0.21 percent – nearly three times the legal limit of 0.08 percent.

The defendant was charged with his fourth DUI in under 10 years which, under Wyoming law, is a felony. (The same is true in Florida, where the offense is considered a third-degree felony, punishable by up to 5 years in prison.)

However, the defendant filed a motion to suppress the results of that blood test, asserting that the search warrant was based on an affidavit that failed to establish probable cause that he had been the one driving the vehicle at the time of the crash.

The district court denied this request. The case went to trial. During that trial, the defendant testified on his own behalf, and for the first time admitted he’d been driving the truck at the time of the crash. However, he claims that he only consumed the alcohol, which he had just purchased prior to the wreck, after he fled the car, before he was found by police. In other words, he got drunk after he had driven, meaning he wasn’t guilty of DUI.

He was found guilty and sentenced to 2-to-6 years behind bars.

The court underscored the fact that the Wyoming Constitution, unlike the Fourth Amendment, requires an affidavit rather than simply an oath or affirmation, factual support for the issuance of a warrant has to be contained within the affidavit. That means there have to be underlying facts contained therein – not just conclusions made by law enforcement.

The defendant noted that there is no direct indication in the warrant that indicates why the deputy believed he was the one behind the wheel. It paints an inadequate picture of the actual circumstances, and is filled with more conclusions than facts.

The state supreme court justices agreed, noting that the officer repeatedly wrote that the defendant was the driver of the vehicle, without supplying any factual basis as to why that was concluded. Therefore, the blood test – and the results of it – should have been suppressed.

The court found that there was sufficient information in the case as a whole that likely would have supported a search warrant, but because it was absent from the affidavit, the search warrant should never have been issued.