In some Fort Lauderdale felony defense cases, the defendant can be ordered to pay restitution and compensation to any victims who may be involved. 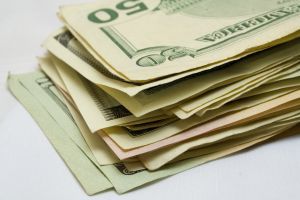 In traffic cases, if you are or were an insured driver, depending on your policy, it’s possible that your insurance company may cover your restitution costs. If you weren’t insured or if the insurance won’t cover that amount, you will be expected to pay it out-of-pocket. This is separate from any compensation you may be compelled to pay as part of any civil lawsuits brought against you by the victims.

Keep in mind that if you are found guilty in the criminal case, that information can be used against you in subsequent civil action. Another reason to invest in an experienced Fort Lauderdale defense lawyer.

The purpose of restitution is to make the victim whole. However, sometimes claims can be outlandishly high. In other cases, they can hold up plea negotiations. For example, first-time DUI offenders may qualify for a pre-trial diversion (and a finding of adjudication withheld, which could allow you to later seal or expunge the record). However, you won’t qualify for a pre-trial diversion if the restitution claim is in excess of $5,000, unless you pay the exceeding balance in advance. And if you later willfully refuse to pay, it could be considered a probation violation, for which you could be re-arrested and face additional penalties.

Challenging a restitution order is not always easy, but it was successfully done recently in the case of State v. Aragon, reviewed by the Montana Supreme Court. This case involved a DUI with property damage.

According to court records, the defendant was intoxicated when he drove off the road and crashed into the victim’s garage. Initially, he was charged with misdemeanor DUI. However, the state attorney later withdrew that charge and refiled the case as a felony, specifically for criminal endangerment. The defendant later agreed to a plea deal wherein he would plead guilty to DUI and reckless driving – both misdemeanors. The felony case was dropped.

He was sentenced to six months in jail, although all but a week of that was suspended. He was also ordered to pay a $1,300 fine and court charges.

Damage to the victim’s garage was estimated at about $3,300. The defendant told the court it was his understanding that his auto insurance policy would cover the damage.

Prior to the restitution hearing, the victim wrote a letter to the court indicating that, rather than have the insurance company pay her damages, she wanted the defendant to serve 40 hours of community service as “atonement.” The defendant objected to additional community service, as he’d already been sentenced, and the only purpose of the hearing was restitution.

The state pressed forward with the restitution claim, which included $330 to fix the siding and then nearly $3,000 to paint the entire house to “match the current color.” The defendant objected to the demand to paint the whole house, when he’d only damaged the garage.

The court ordered the defendant to pay nearly $2,000 above what his insurance company agreed to cover.

He appealed to the district court, which upheld the restitution order. He then appealed to the state supreme court, which reversed and remanded. The court reasoned that the request for restitution was not based on the best evidence available under the circumstances. Specifically, the victim’s affidavit explaining the costs for repair was offered and accepted without any foundation or explanation. This was not sufficient, the court found, to meet the “best evidence” requirement.