A new report released by the U.S. Bureau of Labor Statistics indicates that nearly a quarter of all violent victimizations in the country – including rape, sexual assault, robbery and aggravated and simple assault – stemmed from a domestic situation. 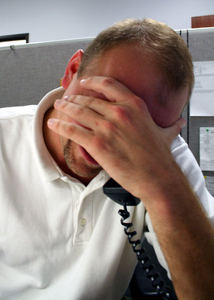 Analysts culled victim-offender relationship data from the National Crime Victimization Survey over the 10-year period, and determined that 15 percent were the result of intimate partner violence, 4 percent by immediate family members and 2 percent by other relatives. Casual or well-known acquaintances accounted for 32 percent of all violent incidents, while strangers accounted for nearly 40 percent.

Our Domestic violence defense attorneys in Fort Lauderdale recognize that society has an interest in protecting victims of serious crime. However, too often the pendulum has swung the other way, making it far too easy for an exaggerated report or an incident of mutual violence to result in serious charges and lifelong consequences.

Whereas police in years’ past largely took a hands-off approach to domestic violence, now they almost always make an arrest of one party or both. There needs to be a more reasonable medium.

Until then, though, the consequences for those placed under arrest can be severe. Just recently in Boca Raton, the owner of a prominent addiction treatment center in Fort Lauderdale was arrested for reportedly shoving his wife during a fight. According to authorities, the two had been out drinking and gambling.

The wife, who co-owns the facility with her husband, would later say that she and a friend had called police with a request to “Baker Act” her husband, which is a state law that allows for involuntary institutionalization for a person deemed to be a risk to themselves or others. However, instead of acquiescing to the request of the wife, police arrested the man for domestic violence after being told that he had shoved his wife. She was later quoted as saying that her husband wrestles with mental illness, and they have been struggling to find the appropriate treatment.

Now, he will also be struggling to fight a criminal charge, even though the wife gave no indication she feared him and her primary concern was getting him help to stabilize his mental health.

But these kinds of nuances aren’t reflected in the federal numbers.

What those figures do tell us is that the majority of intimate partner violence was committed by current or former boyfriends or girlfriends, as opposed to spouses or ex-spouses.

Those numbers also reveal that despite the hype, domestic violence has actually declined in recent years – by a staggering 63 percent from 1994 to 2012. It went from 13.5 victimizations per every 1.000, down to 5 for every 1,000. (Total violence during that same time also fell during that time, by 67 percent.)

The report went on to indicate that roughly 55 percent of all domestic violence incidents are reported to police.

Even a simple allegation can mar a person’s reputation, education and career prospects and standing in child custody and divorce proceedings. It’s critical to consult with an experienced attorney to talk about ways a conviction might be avoided.