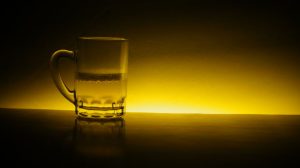 On the surface, this may seem like bad news for DUI offenders. After all, ignition interlock devices are expensive, cumbersome and embarrassing. However, there could be one major upside for first-time offenders if the bill is passed statewide in its current form.

According to News4Jax, the bill would revise and replace provisions of the current ignition interlock law, as addressed in F.S. 316.193 and F.S. 322.271 and F.S. 316.1937. Current law only makes it mandatory for a first-time DUI offender in Florida to have ignition interlock devices installed if his or her blood-alcohol concentration was at 0.15 percent or higher or if a minor was in the vehicle at the time of the offense. Beyond that, the devices are mandatory in cases where an individual has previous DUI convictions.

The new bill would not require first-time offenders to use ignition interlock devices after conviction. However, if they chose to do so for a time frame of six months, they can do so in exchange from having that DUI disappear from their permanent criminal record.

As our Fort Lauderdale DUI defense lawyers can explain, this is huge. Obviously, avoiding conviction in the first place can help one circumvent the whole six-month ordeal. However, by offering DUI offenders who are convicted another means to get back into good legal standing, it is a way to restore opportunities that may otherwise have been lost. For example, many trucking companies and other driving services will not hire drivers with prior DUI convictions, particularly if they are recent. Many organizations – including employers, landlords, schools, volunteer groups and more – conduct background checks of their employees, members or students. A DUI conviction can thwart your chances of landing that job or getting that apartment you want. It can also affect the college financial aid applications and admissions processes. Scholarships can be revoked or denied.

These are consequences that can haunt someone for many years after a DUI conviction. Having an opportunity to essentially erase that history is preferable for many in exchange for that six months using ignition interlock.

However, it should be noted that in order to be eligible to have their DUI record sealed, the first-time offender cannot have a prior criminal history. And while they would not be required to disclose that history on their job application, law enforcement officials would still have access to it. What’s more, if you are arrested again for DUI, that previous offense will go back onto your criminal record, and there will be serious penalties for that second or subsequent violation.

At this point, News4Jax reports there are about 9,000 ignition interlock devices active in Florida, costing each of those offenders about $3 daily.

HB 949 has passed the Transportation and Infrastructure Committee, and now faces review by the Judiciary Committee and then the Government Accountability Committee before it can be referred to the entire state House floor. If it receives approval there, it will go to the state Senate for further consideration.