Reports out of Sarasota suggest that the state’s version of the FBI, the Florida Department of Law Enforcement, paid its employees recently to get drunk and test the Intoxilyzer 8000 breath test machine in order to use it in the prosecution of thousands of Fort Lauderdale DUI cases. 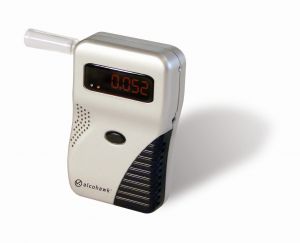 This is because DUI cases are the only kind in Florida where the defendant isn’t currently allowed to see how a key piece of evidence works. In murder cases, defendants get to see how blood evidence is collected and tested and those witnesses are available for questioning. In burglary cases, the defense is provided with information about who collected fingerprint evidence and how it was processed.

But in Fort Lauderdale DUI cases, until now, defendants weren’t able to see the workings of breathalyzers, the machines that law enforcement relies upon heavily for arrests and convictions for driving under the influence. This has recently changed, but these machines are still coming under fire.

The Herald-Tribune in Sarasota has been reporting for months how experts testing these machines have seen that they work improperly. In many cases, defendants blew up to 12 liters of breath into the machine, though the human lung can only hold five liters of breath. That called into question hundreds of cases that prosecutors and judges tossed out.

And in Florida, FDLE only allows one type of breathalyzer to be used. And now that it has been questioned as potentially faulty, this raises questions about the thousands of DUI cases throughout the state, including in Fort Lauderdale. Current cases should be examined, as should past cases.

In the most recent news, the newspaper reports that FDLE bought about $300 of booze, snacks and mixers and allowed their employees to get drunk on company time in order to test the devices. The workers were told to drink and then blow into the machines. Their blood was also drawn and sent off to a lab, bringing the taxpayer tab to about $8,000.

FDLE employees testified about the results in a Sarasota courtroom recently in order to try to save the Intoxilyzer 8000 from being shelved statewide. But judges were skeptical because the blood tests have not yet been returned from the lab. DUI defense lawyers questioned the validity of the study since it was highly unscientific.

Fort Lauderdale DUI defense lawyers believe this is a last-ditch effort by the state to convince judges that these machines, which have already been proven to be faulty, are accurate. As more and more pressure is put on the state to replace these machines or ensure somehow they are accurate, it’s possible that cases will be dropped or police will be reluctant to use these as their main piece of evidence.