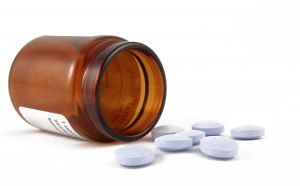 The new law sets mandatory minimum sentences for convicted dealers, which will force judges to lock away drug offenders for extended periods of time with little opportunity for discretion.

All this is despite the growing realization that “tough-on-crime” drug laws simply do not work, and disproportionately affect poverty-stricken and minority communities. Meanwhile, the state will receive $27 million in federal grant money to help pay for its enforcement.

Of course, we understand that the state has a vested interest in this, given that Florida is in the midst of a crisis of opioid addiction. Heroin overdoses have skyrocketed after many became hooked following a decade of lax prescribing policies when it came to pharmaceutical grade opioids, like Oxycodone. What lawmakers fail to understand with a measure like this is that harsher sentencing laws often have little effect on those who are grappling with addiction. These are people who are willing to risk anything – their livelihoods, their families and their life – for their addiction. The prospect of 10 more years behind bars isn’t a deterrent, and has proven ineffective time and again.

Despite the popularity of H.B. 477 – which passed with apparent ease – it was reported by The Miami New Times that none of those on the Florida House committee consulted with any drug law experts. While lawmakers have insisted that the primary target of this measure is traffickers, the reality is ordinary users are swept up too, especially because the mandatory minimum amounts of these drugs are so low.

There is substantial concern that some people might be in possession of these amounts of fentanyl and have no idea, as many drugs labeled or sold as “oxycodone” on the streets are in fact laced with fentanyl.

As our criminal defense lawyers in Fort Lauderdale know, the best way to avoid a minimum mandatory penalty is to avoid a conviction on that charge. Depending on the available evidence in the case, the best approach could be to negotiate with prosecutors for a lesser charge. In cases where evidence is weak or when there is an indication police acted improperly in their investigation, we can fight the charges at trial.