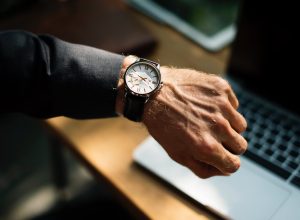 Your Fort Lauderdale criminal defense team may well advise you NOT to seek a speedy trial; that may not be in your best interests, particularly in complex felony cases where the stakes are high, testimony is conflicting, discovery is extensive and expert witness testimony is warranted. However, if your case has sat on the back burner for an extended period of time, your defense lawyer may be wise to file a motion to dismiss due to a delay by the prosecution. This is not as uncommon as one might think, particularly in cases involving extensive delays in processing laboratory work.

In filing a motion to dismiss, one need assert that the prosecutors’ delay in filing or pursuing the case has resulted in an erosion of defendant’s ability to defend himself/herself. In legalese, this is known as “being prejudiced” in your defense. Some examples of a defense being prejudiced include:

Your Fort Lauderdale criminal defense attorney may argue that the charges been timely filed, one would have been able to product an alibi or other key element of client’s defense.

At that point, the state/prosecutor will need to convince the court there was a good reason for the delay. One of the most common arguments for a”reasonable delay” is an ongoing investigation that otherwise would have been compromised.

One recent Florida case wherein criminal convictions were tossed for an unreasonable delay in prosecution in a 2013 case of Niles v. State before Florida’s First District Court of Appeals. This was a case wherein the delay was alleged under a Sixth Amendment violation (versus the specific statutory time frame). In that case, defendant alleged he was prejudiced by the prosecutor’s delay in bringing trial. Defendant was charged with sex crimes in March 2000, at which time a warrant for arrest was issued. However, defendant was not arrested on that warrant until 2008. That amounts to an eight year delay – despite the fact that defendant was not difficult to find (he was receiving federal benefit and had exited/re-entered the country several times). The issue apparently was the sheriff’s office failed to enter that warrant into a national database. When they finally did so (eight years later) they found and arrested him soon after.

The criminal defense lawyer filed a motion to dismiss based on the Sixth Amendment violation of speedy trial. It was denied and he was convicted, but the appellate court later overturned those convictions based on the fact that the motion should have been granted.

If there has been any delay in your prosecution, make sure to point out any delay to your defense attorney and inquire about a motion to dismiss for unreasonable delay.

Right to a Speedy and Public Trial – Speedy Trial, Justia