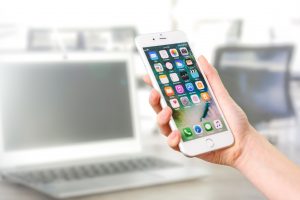 However, the tide may turn in favor of personal privacy protection, given the ruling by the 11th U.S. Circuit Court of Appeals (the federal appellate court that covers Florida), which ruled forced decryption of a smartphone amounted to violation of a defendant’s constitutional Fifth Amendment right against self-incrimination.

In the most recent Florida juvenile criminal case, G.A.Q.L. v. Florida, two passcodes stand in the way of prosecutors accessing a phone allegedly belonging to a minor accused of driving drunk, speeding and crashing, killing one of the passengers in the vehicle. At the hospital, defendant’s blood-alcohol concentration was registered at 0.086 – just over the legal limit of 0.08 for adults. Two iPhones were found in the wreckage – one belonging to defendant and another to a surviving passenger. The survivor told police the friends were drinking vodka that day and she’d been texting with defendant about this fact. Investigators obtained a warrant to search defendant’s iPhone for photographs, contacts, apps, social media messages, content, text messages and other information. They then sought an order compelling the teen to provide his passcode for the phone and iTunes account (the latter because the phone’s data couldn’t be searched without first allowing a software update).

As Fort Lauderdale juvenile defense attorneys, we agree with the argument set forth by defense here, which was that to compel this information is a violation of the teen’s Fifth Amendment right. The state argued it has a warrant to search the phone already, it just needs the access. Further, prosecutors argued it wasn’t a violation of constitutional rights, comparing the production of passcodes to things like furnishing a blood sample, producing an item of clothing worn or standing in a lineup – none of which are covered by Fifth Amendment protections.

The analogy frequently raised is that of the 1988 U.S. Supreme Court case of Doe v. U.S., in which Justice Stevens’ dissent stated that while a defendant might be compelled to surrender a key to a strongbox of incriminating documents, he did not believe one could be forced to reveal a wall safe combination, either in word or deed. So – is a smartphone the strongbox or the wall safe? It’s a question courts have been grappling with the last several years as smartphones have proliferated.

Florida’s 4th District Court of Appeal, ruling in the G.A.Q.L. case, noted that all previous cases on cell phone passwords – save Florida’s 2nd District Court of Appeal ruling in Florida v. Stahl – determined forcing production of a passcode is closer to the wall safe than the strongbox. Reason being is it’s more than simply a physical act; it probes the content’s of one’s mind – and thus invokes the Fifth Amendment. In Stahl, the 2nd DCA ordered a defendant accused of taking upskirt photos to provide prosecutors with his passcode.

This conflict between Florida appellate courts means this issue may soon be headed to the Florida Supreme Court for a definitive interpretation and last word.