Can police in Florida legally compel a defendant in a criminal case to unlock their cell phones? Our Fort Lauderdale criminal defense lawyers understand that question for now remains unresolved, after the defendant reached a plea deal, rendering appeal to the Florida Supreme Court moot. 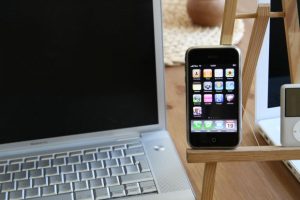 As a local NPR affiliate reported, the question arose from a case out of Alachua County, an alleged drug-deal-turned-robbery. One of the victims reportedly recognized one of the defendants whose mask was temporarily removed. Police questioned the defendant (now 22) and seized his cell phone from his vehicle. But it was locked by a passcode.

Police asked asked a judge to compel the defendant provide the passcode. Like many government agencies in recent years, police argued this type of digital encryption, protecting personal information stored in an electronic device like a smartphone or iPad, can impede criminal investigations.

The defense protested the contents of the warrant were overly-broad, as authorities sought to glean all the defendant’s photos, text messages, contacts and other contents, without limiting their search to the most recent case.

Prosecutors responded by citing a previous case comparing the request for a passcode to warrants demanding a lock box key.

Florida’s First District Court of Appeal had sided with the defendant on this issue, reversing the circuit court judge’s ruling. The court was divided, but the majority indicated defendant shouldn’t be forced to turn over the code, citing Fifth Amendment violations as well as concerns that authorities were “fishing.” Further, the defendant was purportedly identified by the witness as well as a co-defendant, making the search of his phone unnecessary. This month, the Florida Supreme Court was poised to hear the case, but a plea deal resulted in the appeal being dropped. That means the question of passcode encryption remains an open one in Florida – for now.

But this is not solely a Florida issue. U.S. Attorney General William Barr has made it a priority for the Justice Department, pressing technology companies like Apple and Google to assist law enforcement agencies in their investigations.

It is the position of the American Civil Liberties Union that the government cannot force anyone to provide their passcode – even with a warrant – because unlike the key to a locked box, it is a thought, not an object. To force anyone to do this would be a violation of one’s Fifth Amendment right against self-incrimination, according to ACLU lawyers. It’s become an even more complex issue, though, as some access is now obtained by fingerprint rather than code.

Six years ago, the U.S. Supreme Court in Riley v. California ruled investigators must have a judge-issued warrant to search a person’s phone because of the likelihood it contains more sensitive information than one might find in a home search. However, whether authorities can use a warrant to force a person to turn over their passcode depends on the state where you live.

In Oregon, the state appellate court ruled a defendant in a DUI case could be required to provide her passcode. However, a California district court held that requiring someone to give their fingerprint to open their smartphone violated both the defendant’s Fourth and Fifth Amendment rights. A circuit court judge in Virginia, however, ruled just the opposite, saying that a fingerprint – unlike a passcode – is not “testimony,” and it is more like the key in the analogy established in Riley.

As our Fort Lauderdale criminal defense lawyers can explain, without input from the state supreme court in Florida, there is currently no statewide rule here. We recognize the importance of this issue given all the personal data that access could reveal – from your search injury to personal documents. Oftentimes, there are other less intrusive ways for authorities to glean this information. We will continue to defend the rights and best interests of our clients.