A number of DUI arrests have been tossed after a checkpoint held late last year in Pasco County was determined to be illegal. 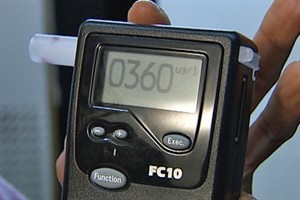 Broward DUI lawyers know that the U.S. Supreme Court ruled way back in 1990 that checkpoints were legal. It was a 6-3 decision, and it was a blow to those who sought to defend Fourth Amendment rights against unreasonable search and seizure.

The court had determined that the goal of removing impaired drivers from the road outweighed the privacy rights of drivers. Some states have subsequently outlawed the practice under their own constitution, but Florida is not one of those.

Florida law enforcement agencies conduct these checkpoints with a fair amount of regularity – about 15 to 20 times each month, according to the Governors’ Highway Safety Association.

However, that 1990 federal Supreme Court ruling came with some very specific provisions about how checkpoints must be carried out.

One of those provisions is that the stops conducted during the checkpoint can’t be random. For example, police have to establish a plan ahead of time to show that they stopped every third car or every fourth car – as opposed to simply stopping and searching whomever they felt like.

The reason for this is simple: It helps avoid profiling. So an officer can’t stop you just because you have a political bumper sticker that the cops don’t like or because of your race or ethnicity.

If they fail to do this, the checkpoint may be deemed unconstitutional, and all arrests are subsequently invalid. Most law enforcement agencies will file a plan ahead of time, indicating their method of search.

Pasco county officials did this, saying they were going to stop every third car that came through the checkpoint.

According to the local television media, the checkpoint was a collaboration between the Florida Highway Patrol, Pasco County sheriff’s deputies and Tarpon Springs Police Department.

The problem was, video from the officers’ dash cameras showed that they were not following the plan that had been outlined ahead of time. In fact, they were corralling three to four vehicles at a time – rather than every third vehicle, as was the plan. This is a clear constitutional violation.

You would think that presented with this evidence, prosecutors would simply drop the cases. But they didn’t do so without a fight. Instead, they had the officers involved sign an affidavit indicating that the checkpoint was carried out according to the guidelines set forth by the Supreme Court. But this was a lie, as the video clearly showed.

It wasn’t until a local defense attorney continued to press the issue, insisting prosecutors look more closely at the video, that they ultimately conceded and agreed to drop all prosecutions relating to that checkpoint.

When asked later for comment, prosecutors said they “missed” any indication that the stops were not legal when they first watch the video. Furthermore, police agencies said they had “no idea” they were not complying with the law.

So, either they were not being truthful or they don’t know the law. Either way, they were zealous about moving forward with these cases until one of the defense attorneys simply wouldn’t drop it.

And this is why it’s so critical if you’re arrested for DUI during a Broward sobriety checkpoint that you hire a skilled attorney. There are many technical basis for which an attorney can file a motion to suppress. If granted, it means any evidence that was improperly collected (i.e., in the course of an illegal search) may not be used against you. In these cases, prosecutors had no choice but to drop the charges because without evidence collected during the course of the stop, they had no case.