Not only are arrests for marijuana possession in Florida astronomically high, they also reveal a stark racial bias, according to a recent report issued by the American Civil Liberties Union. 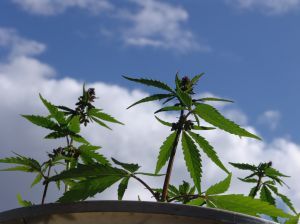 Our Fort Lauderdale criminal defense attorneys understand that while the national average revealed that blacks were four times as likely to be arrested for marijuana-related crimes than their white counterparts – despite equal usage rates – there were places in Florida where blacks were 10 times more likely to face criminal marijuana charges.

Federal law classifies marijuana as a Schedule I narcotic, highly addictive and with no redeeming medicinal properties. Of course, this classification has been heavily refuted by medical and policy scholars, but as of right now, it remains. Some 18 states have approved it for medicinal use and a number have also decriminalized possession of small amounts for recreational use. However, the sunshine state is among them, and possession of marijuana in Florida, assuming it’s less than 20 grams, is a first-degree misdemeanor, punishable by up to one year in jail. Possession of anymore than 20 grams of marijuana in Florida is a third-degree felony, punishable by a maximum 5 years in prison. In either case, you will also face a two-year suspension of your driver’s license.

These are serious consequences with the very real potential to destroy a person’s future. And for what? The ACLU points out that between 2001 and 2011, the vast majority of marijuana-related arrests and expenses were related to crimes of possession, as opposed to distribution or trafficking. What’s more, these arrests revealed incredible racial bias that has actually crept upward in recent years.

Prosecutions for marijuana possession in Florida have tapered off only slightly since 2008, but only after rising dramatically from 2001 to 2007.

There are numerous defenses our attorneys might employ, depending on your situation. We might argue:
1. Illegal search and seizure (police never had the right to search your property in the first place, and therefore can’t use the evidence found against you);
2. Lack of knowledge (you didn’t know the substance was in your possessions);
3. Constructive possession (the drug was found in a place where more than one person had access, and prosecutors can’t prove it was yours and not the other person’s);
4. Overdose defense (you are immune from prosecution if we can show the drug was only found due to your seeking help for someone experiencing a drug overdose).