Florida voters are on the verge of determining whether marijuana should be legal in this state for medicinal purposes, as so far 21 other states and D.C. have done. 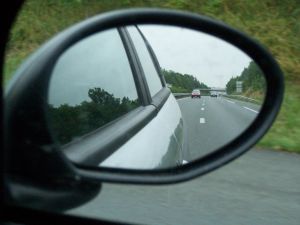 It’s important to note that such a measure wouldn’t make driving while intoxicated legally acceptable under any circumstances. This is why our Fort Lauderdale DUI defense attorneys are unclear about why state legislators felt it necessary to introduce Florida Senate Bill 1118.

If passed, this measure would result in substantial changes to the state’s current DUI statutes, under FL Statute 316.193. The rewrites are extensive (and can be read here), but the crux of the issue is this: Police and prosecutors would no longer need to prove that a driver who consumed any federally-controlled substance was actually impaired by that substance. Rather, the measure would establish an arbitrary “metabolite DUI” provision. In these cases, prosecutors would only need to show that the drug was present in the driver’s system prior to getting behind the wheel.

This has serious implications for those who would be prescribed medical marijuana (and potentially other drugs too). That’s because the active ingredients in controlled substances are not processed by the body in the same way that alcohol moves through one’s system. Alcohol is filtered by the body very quickly, which means its presence indicates very recent use, and therefore is a fairly good indicator of intoxication. Drugs, and particularly marijuana, are different. They may remain in one’s system for an extended period of time after consumption. By setting an arbitrary limit, as this measure would do, a person who is not intoxicated could be prosecuted and convicted for driving while impaired. This goes directly against the spirit of the law.

The new law would remove the possibility of an affirmative defense for medical marijuana users who also drive.

This would also mean that someone who consumed a substance not prescribed to them (say, Oxycodone) could also be prosecuted for DUI, even if its presence in one’s system is the only indication that the driver was impaired.

Part of the reason why the law would unfairly target medical marijuana users is because of the provision indicating that the drug must be prescribed by someone licensed to do so. Here’s the fact: Even though numerous states have approved medical marijuana, it has not been legalized by the federal government. The proposed state constitutional amendment to legalize the drug for medicinal use would not grant the physician the authority to “prescribe” the drug. Rather, doctors will be allowed to issue “physician certifications” that would grant patients the right to use the drug. “Physician certifications” are different than “prescriptions.” So even if a person has a doctor’s approval to use marijuana as medicine in Florida, they wouldn’t be entitle to an affirmative defense if they are pulled over by police.

This measure is inherently unfair and doesn’t do anything to make us safer. We encourage voters to contact their legislators on this matter, and tell them to VOTE NO on SB 1118.