The law recognizes that in any traffic stop, the balance of power is skewed in favor of the police. This is why there are very specific legal protections in place for those who are the subject of these stops. 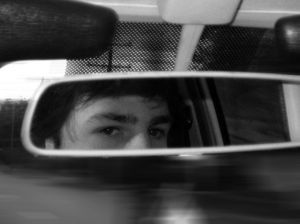 When police fail to follow the rules, it could mean that whatever evidence was collected as a result must be suppressed, leaving prosecutors with little left to press forward in the case against you.

Our Fort Lauderdale criminal defense attorneys have been successful in these cases in having the charges significantly reduced or even dismissed.

A recent case reviewed by the U.S. Court of Appeals for the Seventh Circuit illustrates why officers must follow the letter of the law. In Huff v. Reichert, the primary question was whether the officer had qualified immunity in a civil case alleging Constitutional violations for unreasonable search and seizure. The court’s response? He did not, and the civil case against him could move forward.

Although this particular matter is civil, it started the same way so many criminal cases start: With a traffic stop. The subjects weren’t arrested because, as it turned out, they were not in possession of the illegal drugs for which the officer was reportedly searching. But had they been, they could have made a strong case for that evidence to be suppressed, based on the officer’s conduct.

According to court records, a driver and his passenger, returning from a Star Trek convention, were pulled over on an Illinois interstate highway after the officer indicated that the vehicle had crossed the white dividing line without issuing a proper signal. It’s a relatively minor offense, but it’s grounds enough to justify the stop.

After 16 minutes, the officer determined the driver wasn’t drunk, he had no prior convictions (though he had been arrested 20 years earlier) and his passenger had no criminal record. The officer indicated to the driver that he planned to write him a warning for the traffic violation.

That should have been the end of it, as the officer had no other reasonable suspicion regarding any illegal activity. The officer claims the passenger “appeared nervous,” but that was it.

The officer continued to detain the pair for more than a half an hour after that point. He forced both men to endure a pat-down, he instructed a K-9 unit to sniff the exterior of the vehicle and he also conducted a thorough search of the car’s interior.

This was despite the fact that when the officer initially asked to search the vehicle, the driver indicated he would “just like to be on my way.” The driver then asked the officer if he was free to go, to which the officer responded, “Not in the car.”

Understandably, this led the driver to be under the impression that he had no choice but to consent to a search of the vehicle. Still, he told the officer that he could not search the car, but he could have a drug-sniffing dog sniff around it. During this exercise, the officer reportedly said to the dog multiple times “Show me! Find it!” When the dog barked, the officer responded, “Good boy!” The officer would later admit that he was trained specifically not to say these things to the dog. The officer then told the driver that because the dog had indicated a positive reaction, he was going to search the vehicle. The driver told him to “do what you got to do.”

No drugs were found. The plaintiffs were told they were free to go.

The two men then subsequently filed a civil lawsuit against the officer and the city where he was employed, alleging unlawful search and seizure. The federal appellate court has granted permission for the case to proceed.

Had criminal charges been brought in this case, the way in which the officer conducted the search would likely have called into question the validity of the evidence obtained.