A report under the news category, “Flori-Duh” mocked a Fort Lauderdale man who had been arrested on charges of domestic violence battery after reportedly covering a woman with tomato sauce and shaving cream. 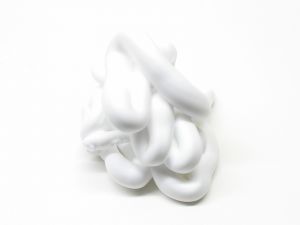 However, Fort Lauderdale domestic violence defense lawyers know that in all seriousness, the charges are nothing to laugh about.

The news report details the account of a domestic violence dispute that quickly escalated into a situation in which the 26-year-old man allegedly doused the woman in cream and sauce. The judge presiding over the situation said he thought he had heard just about everything: domestic violence by tuna can, pizza, sandwiches and meatballs. These are the stuff of legendary lunchroom food fights, but in the context of a domestic violence case, the repercussions are far steeper than a trip to the principal’s office. (By the way, a high school food fight in Arizona recently resulted in felony battery on a teacher charges for one of the teens involved, so the use of food in an action against someone else doesn’t de-criminalize the act.)

These can be charged as either felonies or misdemeanors, depending on the severity of the case and the criminal background of the defendant, which mean a person could potentially be sentenced to years behind bars if convicted.

The whole phenomenon of poking fun at cases of domestic violence involving food or other weird objects was addressed recently by an editorial in a Nebraska newspaper, where a husband had been arrested there for assaulting his wife with a sandwich. The reporter who covered the story had used tongue-in-cheek phrasing and noted the “several pieces of lunch meat found on the carpet,” as well as the mayonnaise stains on the victim’s shirt. The husband was charged with a misdemeanor, and the story was subsequently picked up by national news outlets, including Fox News, the New York Daily News, CBS News and others.

Online commentators had even more fun with the story, asking if the sandwich was a “club sandwich” and whether, if the sandwich had been ham and the woman a Muslim, if it would have been prosecuted as a hate crime.

The editorial chided these remarks, as well as the “news” reports. But, of course, this is unlikely to have much effect on the media, or on those who find humor in the situation, particularly when someone isn’t seriously hurt.

What’s important for potential clients to understand is that even if the circumstances surrounding your arrest become fodder for laughs, you need to take it seriously and hire a criminal defense lawyer with experience.