A man convicted of murder will soon be released after the Florida Supreme Court ordered the lower court to enter acquittal, upon finding DNA evidence of defendant’s DNA under victim’s fingernails was not enough proof of guilt. 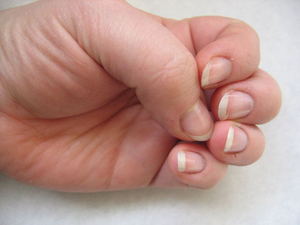 The court ruled the state had not met its burden of proof in this capital case, which required the state to present competent, substantial evidence.

In Hodgkins v. State, defendant was on death row when justices with the Florida Supreme Court reviewed the case on appeal.

Our Fort Lauderdale criminal defense lawyers know that such a reversal is quite rare. It’s better in any case to prevail at the lower stages. However, appeals can be an effective way to right any procedural wrongs that occurred during those phases. Representation by an experienced attorney at every phase of a criminal case is critical to ensure one’s rights are protected.

In this case, the now-55-year-old defendant was accused of slaying a 46-year-old waitress in 2006. According to court records, she was severely beaten, strangled and stabbed numerous times. She was found deceased in her apartment after she failed to show up for work.

An autopsy would later reveal defendant’s skin was found underneath victim’s fingernails. The two had dated a decade prior to her death, and defendant had remarried. Still, they saw each other numerous times in the months leading up to her death.

The initial story he gave police was that he hadn’t seen her for more than a month. It was later revealed that wasn’t true, and he would later concede the pair had sex just three days prior to her death. He indicated that during these encounters, she scratched his back, and that she did so even when they met casually, as she hugged him.

He would later tell police he lied about the more recent encounters because he didn’t want his wife to know he’d been unfaithful.

More than a year passed before defendant was arrested for victim’s death.

Following a mistrial, defendant was ultimately convicted for first-degree murder and sentenced to death. In her decision, the judge cited the fact defendant at the time of the murder was serving a lifetime probation for a previous sexual attack on a 12-year-old girl. The judge also cited the “heinous nature” of the victim’s death.

However on review, the state supreme court noted that while defendant’s skin underneath victim’s fingernails certainly raises suspicion, it is not enough to support a conviction for first-degree murder.

Local officials in Pasco County, where the trial occurred, expressed disappointment with the state supreme court’s decision, and indicated justices were wrong to set free a violent felon.

But the fact is, when the state seeks to deprive someone not only of their liberty but of their lives, there must be ample proof to support that decision. Where there is not or where there is an indication defendant’s due process rights have been violated, the sentence must not be carried out. To do so would be a miscarriage of justice.