A number of cities are weighing local proposals to reduce the penalties for low-level possession of marijuana. The measures would effectively decriminalize possessing the drug in small amounts for personal possession. 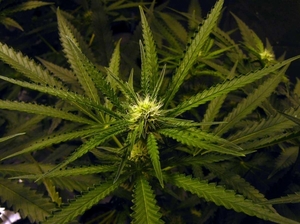 So far, council members in Miami Beach and commissioners in Miami-Dade County have offered preliminary support for an action that would reduce possession of cannabis from a misdemeanor to a civil offense. Hallandale Beach commissioners are also weighing a similar proposal.

Instead of offenders facing jail time and a criminal record, they would instead be cited for a civil infraction and fined $100.

These acts, if approved, would bring South Florida more in line with what’s happening across the country. As it now stands, 23 states plus the District of Columbia have legalized marijuana in some form. Most of those allow for restricted distribution, possession and use for medicinal purposes.

Four states, however, allow individuals over the age of 21 to transport, buy or possess the drug for purely recreational purposes. Colorado, Washington state, Alaska and Oregon are those that allow recreational use. (D.C. does too, although the law that has hit some roadblocks due to the fact that it is the federal capital, and the drug remains illegal under federal law.)

Still, a number of other states have effectively decriminalized the drug. Much like what has been proposed by communities in South Florida, these states (Delaware being the most recent) have transitioned these cases from criminal court to civil, issuing at worst a fine.

Florida has not thus far taken any of these measures. That could change. Last year, a medical marijuana proposal was narrowly defeated by voters, though pro-marijuana advocates have vowed to introduce another bill again during the next session.

But until then, the drug remains illegal for any purpose.

Our Broward marijuana defense attorneys know possession of even 20 grams or less of the drug is considered a first-degree misdemeanor, punishable by up to 1 year in jail and a $1,000 fine.

A person caught with between 20 grams and 25 pounds will face a third-degree felony, which carries a criminal penalty of up to five years, plus a $5,000 fine.

The most recent proposal in South Florida, the one out of Hallandale Beach, would reduce from a misdemeanor to a civil infraction possession of less than 20 grams. If that measure passes, it would make Hallandale Beach the first in Broward County to make such a move.

Commissioners in Miami-Dade are expected to vote on their proposal on June 30th.

Officials noted there would be no change to state law. That means people could potentially still be arrested. However, the proposals would give police agencies some discretion so they would not be forced by law to make arrests if they did not feel it warranted.

Elected leaders who support the measures note the individuals catching a break here are not dealers of the drug, but rather users who essentially harm no one (so long as they are not driving a vehicle, caring for small children, etc.).

Some people have accused officials of making a “money grab” with this proposal, noting the local municipalities would profit from the transition. But that position fails to take into account the cost to the court system if these elected leaders do nothing. These cases consistently clog the court system at significant cost to taxpayers. Plus these are not violent offenders who pose a significant danger to the public if they aren’t incarcerated.