Florida law requires drivers arrested for a DUI to take a breath, urine or blood test if the arrest is lawful and the officer has probable cause to believe you are under the influence of alcohol or drugs. Defendants may be asked to take more than one test and in order to be in compliance with the law, have to agree to all of them. 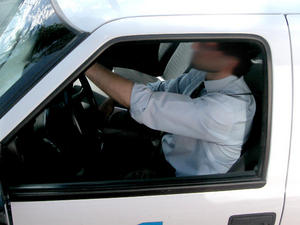 Refusal to submit to these tests will result in a one-year license suspension for the first-time offense, and that refusal could be used against you in criminal court.

There is much debate about whether refusal to testing actually helps a case. First of all, the license suspension is mandatory, regardless of whether you are later convicted of a Florida DUI. Also, the state is not required to show your blood-alcohol level was 0.08 percent or higher, which the legal limit for 21-and-over drivers. The state can use other circumstantial evidence to secure a conviction, including the fact that you refused the drug or alcohol testing. They might also point to officer observations of glassy eyes, slurred speech, the smell of alcohol or behaviors behind the wheel that might indicate intoxication. It’s worth noting too that in the event of an accident, investigators can force you to undergo alcohol testing involuntarily, so long as they first obtain a warrant signed by a judge for it.

Still, our Fort Lauderdale DUI defense lawyers know alcohol testing can be a powerful piece of evidence and without it, prosecutors are certainly at a disadvantage in the criminal DUI case.

In the recent case of North Dakota v. Baxter, the issue of implied consent arose in a case that wound its way to the North Dakota Supreme Court.

According to court records, a sheriff’s deputy pulled over defendant after allegedly observing the vehicle with frost on the front windshield, weaving between lanes, driving into the opposite lane of traffic and nearly striking a curb. The deputy noted a strong odor of alcohol from defendant and indicated he was slow to answer questions and seemingly lethargic.

He failed a field sobriety test known as the Horizontal gaze nystagmus (HGN), which refers to the horizontal jerking of the eyes from side-to-side, which is more pronounced when someone is drunk.

Officer read him his rights and asked the defendant to take an on-site alcohol breath test. He refused. Deputy arrested him and again asked him to undergo a chemical test. Defendant again refused.

Defendant moved to suppress the evidence of his refusal, arguing it violated his federal and state constitutional rights. District court denied the motion and defendant entered a conditional guilty plea, reserving the right to appeal on the suppression motion, which he did.

The state supreme court granted a review of his constitutionality argument. Similar to the laws in Florida, this state holds that anyone who operates a vehicle on public highways is assumed to have given consent to submit to onsite screenings or tests of one’s breath to determine blood-alcohol content.

The courts in that state have held an officer must at least have reasonable suspicion that a person has been driving drunk before requesting a driver to submit to onsite screening. In this case, the deputy reportedly had not just reasonable suspicion of this but also likely probable cause (a higher proof standard).

The court determined the criminal refusal statutes violated neither defendant’s Fourth Amendment constitutional rights nor his due process rights. Thus, his conviction was affirmed.