Marijuana laws are rapidly evolving around the state – including here in Florida, where voters agreed to widen access to medicinal pot. At the same time, four other states were added to the list of those that now allow recreational marijuana use (bringing the total to eight). 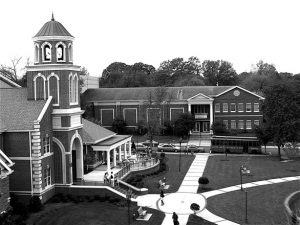 But while the state marijuana laws in this country vary wildly, there are two things you should know that apply everywhere:

Take, for example, University of Massachusetts-Amherst. A spokesman for the university recently told USA Today that while marijuana was legalized statewide for adults to possess, sell and use for recreation, it’s still not allowed on campus. Because it’s illegal at the federal level, it’s barred on campus and considered a violation of student code, similar to possession of alcohol.

The primary reasons schools take this so seriously is that they receive federal money. In many cases, schools rely more heavily on federal dollars than on private funding sources. Because federal law prohibits the use, possession and sale of marijuana, most universities won’t allow it either – regardless of state law.

National marijuana advocates are pushing for reform, saying college students shouldn’t be treated “like criminals,” particularly in states that have adopted marijuana reform.

In Alabama, AL.com noted the extremely disparate treatment of marijuana offenses among campuses. For example, at the University of Alabama, some 61 students were arrested in the middle of the night in a SWAT-style drug raid. Most of those students were later exonerated or found to have only committed minor crimes, such as possession of a bong or a few grams of cannabis. However, they were each subjected to aggressive police tactics. That’s reportedly not the case at a number of other campuses in the state, some of which seemingly go out of their way to protect students from being arrested for possessing or using marijuana.

The differences were seen in the drug arrest rates between 2005 and 2010 (the analysis was conducted in 2011). At UA, there were 272 drug violations reported, resulting in 242 arrests. Meanwhile, at Birmingham Southern, a liberal arts college, there were 87 drug violations reported, but none of those resulted in arrest. The school reported zero drug arrests in 2011 and 2012 as well.

This is not mere coincidence. In fact, leaders of that school say it is reflects their conscious philosophy. Particularly for first-time marijuana offenders, they say the philosophy is on education. A student’s parents are notified, and they sometimes have to take a drug course and write a paper. A second time offense would likely result in suspension, but not an arrest. Officials said drug dealing or cultivation might be handled differently, but low-level possession and use is not likely to result in the school calling in outside authorities.

In Florida, we are likely to find a similar disparity of attitudes between campuses, just depending on the approach of the leadership.

State law here is such that it is still illegal to possess marijuana for recreation. Although some local ordinances, like the one in Broward, grant authorities the discretion to issue a citation rather than an arrest, there are many reports that police aren’t using it, opting instead to file charges.

Florida law makes possession of 20 grams or less of marijuana a first-degree misdemeanor, carrying a maximum penalty of up to one year in jail and a $1,000 fine.

Recreational marijuana legal in your state? Not on campus, Dec. 12, 2016, By James Hoyt, USA Today