For many college students, dorm life is the first taste of freedom and adulthood. But a dorm room is not exactly like a private residence when it comes to searches. 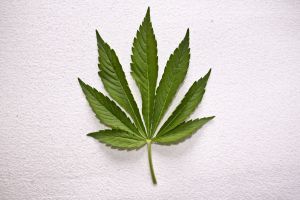 What you need to understand is that while you are protected against unlawful searches and seizures from police, the school still owns your residence. Fort Lauderdale criminal defense lawyers encourage students to assert their right to withhold consent for dorm searches, with the understanding that without consent, law enforcement officials generally must have a warrant before searching your room. The school, however, may be allowed to search regardless of your approval.

The case of Medlock v. Trs. of IN Univ. stems from the search of a dorm room that led to the arrest and expulsion of a sophomore. The criminal drug charges were eventually dropped and the student was admitted back to the school.

However, he then sued both the school’s graduate student inspectors and the police. His civil case was dismissed by the court as “near frivolous,” but it raised some interesting points that are relevant here.

According to court records, the student resided in the school’s dormitory while attending classes. As a condition of being allowed to live at the dorm, he was required to sign off on a long list of rules, one of which included routine health and safety inspections by graduate students.

The inspectors were on the lookout for any and all violations – from candles to cats. When inspectors entered the student’s room, they found a bong, with marijuana still inside. At this point, the student inspector requested another join him, and the pair decided to call campus police.

The student inspectors further found burned candles, ashtrays with ashes, a rolled-up blanket near the door (intended to keep smoke from seeping into the hallway) and in the closet, which was ajar, a six-foot marijuana plant.

The university police officer, upon noticing the bong, left to get a warrant. The warrant was secured, and police seized the drugs and other paraphernalia in the room. In total, two bongs, four pipes, and a florescent “grow light” were recovered, in addition to the drugs.

The student was arrested and charged with felony possession of marijuana. He could have also been charged with drug manufacturing, but was not. For reasons not explained in the court records, those criminal charges were ultimately dropped. The school suspended the student for a year, though he was ultimately re-instated.

The civil case against the officers and the student inspectors went nowhere, but what it illustrates is:
1. No matter what evidence is stacked against you, it is possible to see a total dismissal of charges;
2. It helps to know your rights as a college dorm resident.

For the most part, law enforcement cannot search your room without either your consent or a warrant. Many times, during “health and safety inspections” by school officials, police officers will be present, “for safety reasons.” You have the right to request the officers remain outside your room during the search, unless they have a warrant.

Refusing an officer entry without a warrant won’t entirely prevent a search, but it will likely delay it, and it may give you grounds to contest the evidence found there.

Some schools offer better privacy protection than others, but it will be important to thoroughly read your student handbook to know and understand the school’s policies.

Following an arrest on campus, specific questions should be directed to an experienced criminal defense attorney.