South Florida traffic tickets are becoming less of a commonality these days, according to a recent report by The Sun-Sentinel. But part of the likely reason behind it has to do with the fact that more people are fighting them. 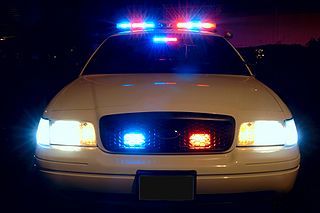 Palm Beach traffic ticket defense attorneys know that in years past, people might have simply paid the ticket because of the hassle, regardless of whether they were actually at fault. However, a sluggish economy has people counting every dime, and they can no longer afford to simply write it off – particularly when they haven’t done anything wrong.

The newspaper reports that the number of Palm Beach County traffic citations dipped to approximately 370,000 last year. That’s a steep decline compared to the nearly 400,000 issued the year before and the more than 430,000 given out in 2008.

Across the state, there were roughly 4.3 million traffic citations issued last year. Contrast that with the 5.2 million handed out five years ago.

Some have speculated that part of this also has to do with the fact that people are simply driving less. That would agree with figures that also show auto accidents are down across the state. Gas prices and overall falling incomes have kept more people at home, shying away from entertainment activities such as shopping or taking vacations.

Theories abound whether less traffic on the road means that people are less likely to engage in risky driving behaviors. Some also surmise that budget cuts to police services have meant fewer officers on the road and that those officers who remain are less likely to give tickets because they know how much a violation could cost someone.

While it’s true that these might all play at least some role, the fact of the matter is that three years ago the state legislature bumped up fines for traveling between 15 and 19 miles over the speed limit from $198 to $233. Most of those are due within a month. At a time when people are struggling to pay basic expenses such as groceries and gas, they’re less likely to simply fork over the cash. And with insurance companies looking for any excuse to jack up your premiums, fighting a ticket is often the best option.

The decision of whether you should fight a traffic ticket should be discussed with your Fort Lauderdale traffic ticket attorney. Some things he or she may consider include:

1. What exactly are you charged with, and what elements of those violations can be proven?

2. Was the officer’s view of what happened obstructed by either stationary objects or other moving vehicles? You could argue that the officer’s line of sight prevented him or her from clearly seeing the alleged events.

3. Is it possible that the officer stopped the wrong vehicle? Particularly in heavy traffic, there is always the possibility that the officer mistook your vehicle for another similar one. You might be able to prove this particularly if there was some sort of curve in the road, a construction project or simply heavier traffic that could have prevented him or her from clearly identifying which vehicle was at fault.

4. Were speed limit or other traffic warning signs not appropriately visible?

Another element that may work in your favor if you choose to fight the ticket is if the officer simply fails to show up to court. Officers miss traffic court appearances all the time, so this is a real possibility that you may consider. In fact, just hiring an attorney to contest the charges is often enough to win a reduction or dismissal.