A 21-year-old woman marked her milestone birthday with an arrest on charges of domestic violence against her mother, according to The Sun-Sentinel. 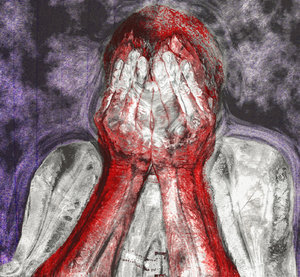 West Palm Beach defense lawyers understand that in fact, this incident is one of a growing number of domestic violence incidents throughout Palm Beach County, according to News Channel 5.

The details of this particular incident aren’t exactly clear, but from what we can glean from various media reports, the 21-year-old was celebrating her birthday when she reportedly became involved in an altercation with her mother. That fight at some point turned physical.

Police and emergency fire officials were called to the family’s residence around 2 a.m., where they found the defendant reportedly screaming and covered with blood. There was even blood smeared across the front door. Officers reported that as they tried to take her into custody, she punched and kicked at them, and subsequently cursed and spat at fire officials who attempted to treat her. They ultimately covered her face with a shield in an effort to protect them from her saliva and blood.

The woman, who is employed as a caregiver for an autistic child, said she does not remember the incident as described to her.

FL Statute 741.28 defines domestic violence as any form of assault or battery or stalking or kidnapping or sex offense that results in injury or death of one family or household member against another.

Penalties are going to vary, depending on the specific details of the incident and the severity of the injuries. In this particular case, the woman is facing charges of domestic violence, as well as resisting an officer with violence.

Other recent domestic violence incidents in Palm Beach County include a fatal shooting earlier in June and a woman who was set on fire at a Boynton Beach gas station.

The Palm Beach County Sheriff’s Office is reporting a 10 percent increase in domestic violence calls over the last year. And when we look at victims of domestic violence who have sought shelter with the YWCA, there were about 445 between July 2009 and July 2010. But then last year, that figure jumped to 555.

Domestic violence advocates are blaming the economy. The stresses that come from being out-of-work can lead people to turn to drug and alcohol abuse, which can in turn lead to violence. In other cases, you have people who are simply not good at coping with the burdens that result from unemployment or underemployment, and they end up lashing out at those closest to them.

Whatever the reasons behind your arrest, contact an attorney with a proven record of success in defending domestic violence cases.

If you have been arrested or charged with a crime and wish to speak to West Palm Beach criminal defense attorney Richard Ansara please call (954) 761-4011. Richard Ansara is an experienced criminal defense attorney located in Fort Lauderdale Florida. The Ansara Law Firm serves Broward, Dade, and Palm Beach counties. The Ansara Law Firm is available 24/7.