Following the mass shooting at a South Florida high school in February, Florida became the sixth state to pass a so-called “red flag law,” something numerous other states are also examining. 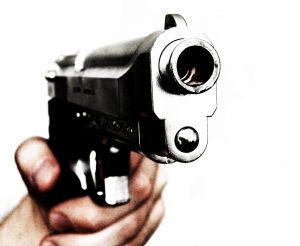 Sometimes also referred to as a “risk warrant law,” this measure approved by state legislators last month give police officers the authority to temporarily remove guns and ammunition from individuals who display warning signs of violence to themselves or others. Floridian Sen. Marco Rubio has said he plans to introduce similar legislation at the federal level that would allow close family members and law enforcement the ability to obtain a court order to bar future gun sales to someone who might pose a threat. Backers of red flag laws say they can help drive down the number of gun-related injuries and deaths, including suicides. Opponents say they deprive citizens of their Second Amendment rights without due process.

Before Florida, five other states (Washington, Oregon, Indiana, Connecticut and California) had laws on the books enabling officers to seize firearms after receiving notice that a person with access to deadly weapons may pose a danger to themselves or others. It’s not clear exactly how effective these laws are (it’s difficult to opine the number of crimes prevented). We do know that in Connecticut, an average of seven guns were seized from every one person targeted from 1999 to 2013.

Here in Broward County, The Sun Sentinel is now reporting that four weeks into passage of a red flag law, more than a dozen people have had their weapons seized by police after they were identified as possible threats. All of those individuals complied with police orders – except one, and he is now being criminally charged for that refusal. In fact, he’s facing a third-degree felony, with a conviction carrying a possible five-year prison sentence.

Broward County Sheriff Deputies arrived at the 31-year-old defendant’s home with a court order demanding he hand over any weapons under his control. He reportedly refused. He was in turn arrested.

Of the 13 red flag law claims so far pursued in Broward, information was available on six of them. Of those, concerns regarding mental health were the primary factor in three cases, while some type of violence (including stalking) was the main reason for the action in the other half. One of the most prominent of those cases involved Zachary Cruz, brother of Nikolas Cruz, the alleged gunman in the Marjory Stoneman Douglas High School shooting in February. Others included a man who accused his neighbor of changing physical forms, a man who threatened his mother and another who was allegedly stalking his ex-girlfriend’s daughter. Two of the 13 orders involve juveniles.

In the case of the man who refused to turn over his guns, he was already prohibited from having a gun because he was is currently out on bond, awaiting trial for a gun-related felony. He was ordered to turn over all firearms as a condition of bond. However, prior to the passage of the red flag law, police concede they would have lacked the probable cause to ask for a search warrant, which would have been the only way they could have searched his home. The red flag law gave law enforcement the authority to compel him to surrender his weapons. His refusal to comply gave deputies the legal justification necessary to get a search warrant. Inside, deputies reportedly found hundreds of rounds of ammunition, a bump stock, an AR-15 and a .22 caliber rifle. He’s now back in jail in lieu of $100,000 bond just for the red flag law case, though he may be denied any opportunity at bond considering he is accused of violating the terms of his earlier release.

Broward criminal defense lawyers know that many people in South Florida may not be aware of this new law, or what their rights or responsibilities are under it. Talking through these things with a criminal defense attorney who understands and is ready to vigorously protect your rights and your freedom is an imperative.