There are probably no sweeter words to a defendant facing DUI charges than, “Case Dismissed.” 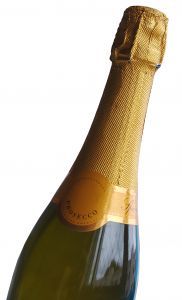 But unless you have hired a skilled Fort Lauderdale criminal defense lawyer, you’re unlikely to hear those words. This is not a reality you want to face entering a New Year. It should be a clean slate, and that’s exactly what we strive to offer our clients.

New Year’s Eve has the unfortunate title of being the worst day in the year for DUI arrests and fatalities. The Insurance Institute for Highway Safety reports that half the fatal crashes that occur on New Year’s Eve and New Year’s Day involve alcohol. It’s the single deadliest day on our roads.

Definitions and penalties for driving under the influence are spelled out in FL Statute 316.193. Essentially, anyone caught driving with a blood alcohol content of 0.08 percent or more can be arrested.

This seems fairly straightforward, but there are a number of ways attorneys can challenge the charge. The first of which is the circumstances under which you were stopped. If it was during a routine stop, we will research to find out what probable cause the officer had to stop you. If the stop was during a sobriety checkpoint, we analyze each step of the process to ensure that the meticulous legal steps were followed to the letter. These include making sure cars are pulled over at random, making sure there is enough probable cause for the officers to further question you and checking to see if a supervisor was present at all times.

The next thing we will look at is the method used to obtain the 0.08 percent reading. In some cases, this will be a breathalyzer test. Problems with these machines have been well-documented. So one of the first things we’ll look at is whether the machine was properly calibrated. We will also look to see whether there may have been improper handling of the device by the officers. Additionally, there are a number of dietary factors and medical conditions that can have an impact on the test.

The other way law enforcement will determine your blood alcohol content is through a blood test. These might seem full-proof. However, these results can be challenged as well, based on the way they were collected, stored and analyzed. The protocol for conducting these tests is very specific; one misstep, and the results could be suppressed.

Then of course there are other procedural elements, such as seeing whether the officer read you your Miranda rights, that their reports are 100 percent accurate and that their courtroom testimony is truthful. Training of the officer conducting field sobriety examinations is another important element. These may seem simple enough, but when officers are quickly moving from stop to stop, it can be fairly easy to slip up somewhere.

Of course, we ultimately want you to have a safe and happy New Year’s Eve celebration. If you can avoid getting behind the wheel while intoxicated, that is best. However, if you are arrested, don’t allow it to cast a cloud over the new year. Call us today to see how we can help.