The Florida Supreme Court has delayed a hearing until early next year on the issue of whether the maker of the only state-approved breathalyzer machine must turn over evidence showing how it works. 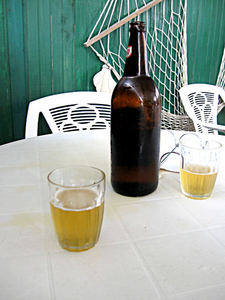 Fort Lauderdale DUI attorneys know this ruling could impact the future of a huge number of DUI cases – both past and pending.

The Intoxilyzer 8000 is a machine that is used by law enforcement to test the blood alcohol content level of a suspected drunk driver. It purports to measure this amount through breath samples.

But problems with calibration method of the Intoxilyzer 8000 have been known for years. However, lower courts have typically ruled that defense attorneys could not compel the out-of-state manufacturer, CMI Inc., to hand over the software showing exactly how it comes up with the figures it does.

If defense analysts had access to this software, they would no doubt find inherent problems with its process, leading to a potential suppression of all blood alcohol content measurements in DUI cases where the machine was used. That is a huge number of cases.

Just consider some of the problems that have already cropped up with the machine: In 2010, an estimated 40 percent of the Intoxilyzer 8000 results tested by the state were discovered to be incorrectly measuring breath volumes. The machines were recording volumes of breath in the range of 10 to 15 liters. Problem is, the maximum human lung capacity is five liters.

One analyst who examined the machine in the course of a DUI case in Venice found that in addition to recording breath volumes that are impossibly high, the machine also was recording unrealistically high blood-alcohol numbers – to the point where scores of defendants were blowing BACs that surpassed three times the legal limit of 0.08 percent.

The one being considered by the state supreme court is Meinken v. State of Florida et al. It’s a case out of Daytona Beach, and three other similar cases out of the same area with the same issue are being lumped in to the hearing that will take place before the high court. The hearing was originally scheduled for this month, but has now been pushed back to February.

All of these cases challenge the accuracy of the test. But specifically, they say that a ruling by the 5th District Court of Appeals barring the defense from obtaining the machine software is incorrect because it conflicts with earlier rulings compelling other out-of-state companies to comply with such requests. A trial judge had previously granted the defense request, only to have the appellate court quash that order.

A ruling in favor of the defense in this case could mean even more DUI arrests will be successfully challenged on the basis of inaccurate BAC readings. Already, the 12th Circuit state attorney’s office, which covers the Sarasota area, decided not to use the results from the Intoxilyzer in about 100 cases last year.

The Florida Department of Law Enforcement had even admitted back in 2010 that some of the machines had problems, but said those have been pulled from use, fixed and are now back in circulation and being used with reliable accuracy.

We wouldn’t count on it. And neither should you. This is just one more reason why simply pleading guilty should not be an option.