A father in Davie recently came under police scrutiny after he allegedly shot his 12-year-old daughter on accident while teaching her about gun safety. Police decided ultimately not to arrest him. 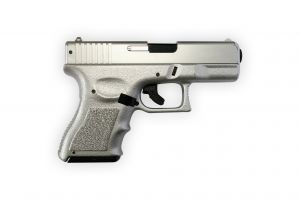 The girl was admitted to a local hospital with a gunshot to her left forearm, and the injury wasn’t considered life-threatening. The injury reportedly occurred when the father was trying to show her how to safely draw a firearm from his pocket.

Investigation is still ongoing, and while police haven’t charged him, that decision will be reviewed by the state attorney’s office. Other parents in similar situations have not evaded criminal charges.

Another case – also out of Davie – earlier this year involved a mother and her 3-year-old son. According to news reports of that incident, the mother had left a handgun in her purse. Her toddler took the handgun out and shot her in the leg while she was sleeping.

She later told authorities she normally keeps the gun in the trunk of her vehicle, but she was in the process of moving items into a new vehicle. A state-licensed security officer, she put the registered gun in her purse in front of her children.

As a result of that incident, police charged her with culpable negligence, which is a third-degree felony carrying up to a five-year prison term. Negligence is typically a term reserved for civil cases. However, per F.S. 784.05, it is a criminal offense to expose a person to personal injury through culpable negligence. If no one is hurt, it’s usually a second-degree misdemeanor. Even if someone is hurt, it’s usually a first-degree misdemeanor. However, the law specifically states a person who exposes another to harm by storing or leaving a loaded firearm within easy access of a minor and that minor inflicts injury on himself or someone else, has committed a third-degree felony.

Exceptions to the statute are:
–If the firearm was stored or in a securely locked box;
–If the minor obtains the firearm as a result of unlawful entry by another person;
–If the injuries are the result of target or sport shooting or hunting accidents
–If the minor obtains the gun from a member of the Armed Forces, National Guard, State Militia or law enforcement officers if it happens during or incidental to the performance of official duties
A “minor” in these cases is considered to be anyone under the age of 16.

Another recent South Florida case involved two 14-year-olds. The children were inside one boy’s residence in Cooper City, where they were playing with his stepfather’s gun. It was loaded, though the stepfather would later say he didn’t know how a bullet got inside. The weapon had been stored in an unlocked case in the family garage. The 14-year-old friend was fatally shot.

The stepfather was arrested on suspicion of manslaughter with a firearm, which carries a possible sentence of up to 15 years. The 14-year-old has also been arrested, though it is not yet clear whether authorities will charge him as an adult.

These kind of serious charges require the aid of an experienced South Florida criminal defense lawyer.