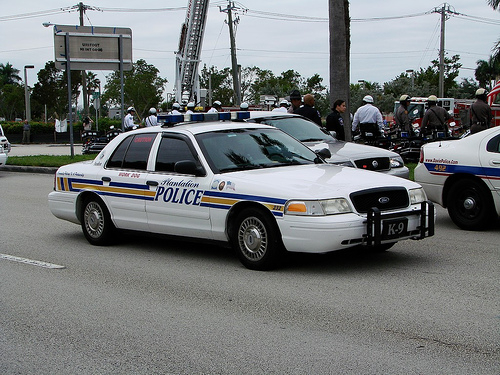 PLANTATION – Leaders of the city’s police union want to change their contract so officers won’t have to take drug tests without knowing who accused them of abusing drugs.

“I could go to a pay phone right now and say, ‘Officer X is taking drugs?’ ” said Michael Hanlon, president of the police union. Under current rules, the department could force that officer to take a drug test.

“That’s just absolutely unacceptable,” he said. “They don’t have to even provide proof the confidential informant exists.”

ANSARA RESPONDS
It is no secret that drug abuse can occur even within law enforcement. It appears that the Plantation Police Department is grumbling because under these new rules police officers may be drug tested should a “confidential informant” report drug abuse by an officer.

I believe that law enforcement must be held to a higher standard. Law enforcement officers hold extreme power and this fact should not be overlooked. This new policy simply makes more sense than random testing. If an officer has a problem getting drug tested than maybe this is the wrong profession to be in. Why should a police agency have to show an officer “proof” that a confidential informant exist? Last time I checked I am pretty sure that police officers worked for the police agency; not vice versa.

This new policy will allow any individual or perhaps even another officer to anonymously confront an officer’s possible drug use without fear of retaliation. It is no secret that drug abuse among law enforcement officers does in fact occur. Now we have a better policy to address it. Let’s hope the Plantation Police Department does the right thing and ultimately adopts this new policy.


Richard Ansara is a Fort Lauderdale Criminal Defense Attorney. He is the head attorney of the Ansara Law Firm located in Fort Lauderdale, Florida. The Ansara Law Firm handles Felony and Misdemeanor cases in Broward, Dade, and Palm Beach County. If you have any questions and would like to speak with Criminal Defense Attorney Richard Ansara about your case please call (954) 761-4011.