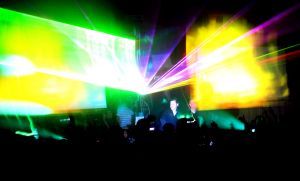 Our Broward DUI defense attorneys understand that each night this weekend, we can expect to see some 400 officers on duty patrolling in the district.

A number of visitors interviewed by a local television station spoke of their desire to party each day of the weekend. They weren’t shy about the ultimate goals: Get drunk and have a good time.

City leaders aren’t necessarily against that. In fact, they said, they want people to have a great time and enjoy the city.

But they do expect a marked increase of alcohol-related arrests, including those for DUI. Visitors may see a not-so-fun side of the city if they are forced to spend the rest of the long weekend in jail, waiting for a judge to hold a first appearance on Tuesday.

Anyone who finds themselves in this trouble should contact a local, experienced DUI attorney before leaving town. With the initial consultation, we can usually give you a general odds of winning your case, what strategies we might employ to fight the charges and what your obligations will be as someone who resides out of the area.

Still, we hope the arrest rates aren’t as high as police are believing it may be.

The city is attempting to encourage pedestrian-friendly activities – i.e., those that don’t require driving – for those who will be drinking. One way they’re doing this is by closing off Ocean Drive from Friday through Monday from 7 a.m. to 7 p.m.

In addition to searching for suspected drunk drivers, police have said they intend to have all of their license plate scanners in full use, checking for stolen vehicles and wanted fugitives.

On the beaches, revelers can expect to see officers on all terrain vehicles, equipped with night goggles, combing the beaches after they close at midnight.

Law enforcement officials reiterated the fact that the city has a zero tolerance policy with regard to the consumption of alcohol in public.

We fully expect that on at least one night this weekend, there will be a DUI checkpoint for cars that are entering the Miami Beach area, and possibly for those who are leaving as well.

At a checkpoint last year, six people were arrested for DUI.

Two years ago during Memorial Day celebrations, Miami Beach Police shot and killed a suspected gunman on Washington Avenue. (His family has since filed a wrongful death lawsuit against the department.)

Still, the agency is hoping to avoid any similar scenario from unfolding this year.

In general, here are some tips for how to avoid DUI drama on Miami Beach this year:

–Stick to light beer or lager, which tends to contain less alcohol content by volume than other types of beer or liquor. Another benefit to this is that if you’re drinking from a bottle, you can more easily keep track of how much you hare consuming, versus mixed drinks, which could potentially be mixed differently, depending on the bartender.
–Don’t let your server call the shots. Of course they want you to get another drink before you’ve even finished the one you’re on. Pace yourself by alternating between alcoholic beverage and water.
–If you aren’t sure whether you are sober enough to drive, don’t chance it. We have plenty of taxi services in Miami. Avail yourself of them.
–Know your rights. You don’t have to submit to a field sobriety test or to a breathalyzer test. You also don’t have to answer any of the officer’s questions, aside from your basic identifying information such as name, age, address, etc.
–Be polite. This might be tough, especially if the officer has a chip on his shoulder, but it’s crucial that you keep your cool. You might still be arrested anyway, but being rude could give the officer more of a reason to give you a hard time.

And if you are arrested, contact an experienced DUI defense lawyer as soon as possible.