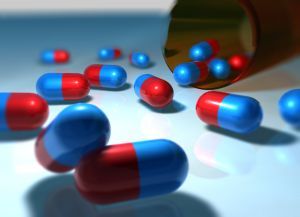 The case resulted in a conviction, which per the new ruling is now reversed. Our Broward criminal defense lawyers see this as a relevant issue at a time when law enforcement agencies throughout the state are cracking down on prescription drug crimes. While it’s true that some individuals may possess these substances illegally, the vast majority are prescribed by a doctor and are legitimate.

This case involves a defendant who found herself in a series of unfortunate circumstances, and was targeted by law enforcement as a result.

According to court records, the defendant was a passenger in a vehicle driven by a friend and the two were running some errands. They stopped at the library and then at a fast food restaurant. While in the parking lot of the restaurant, her friend, the driver, sold five prescription pills to a man who they later learned was an undercover deputy. The defendant said she was not paying attention, and did not realize this exchange was occurring.

The officer gave a take-down signal, and when the driver realized what was happening, she fled the scene. The driver later decided to turn herself in, and the defendant rode with her to the bail bondsman’s office. The defendant waited in the vehicle for her friend. A deputy responding to the location spoke with the defendant and asked her to get out of the vehicle. He then searched her purse, locating several unlabeled bottles of pills, two of which contained oxycodone. She explained that while she did not have a prescription, her husband did and she was carrying them for him.

During the trial, the defense attorney asked to introduce evidence of the pharmacy record, including a printout of transaction receipts attached to prescription bags, indicating the pills did in fact belong to the defendant’s husband. However, the trial court denied this request, finding the evidence inadmissible absent testimony from a pharmacy worker to introduce them as part of a business record. She was also barred from testifying that her husband held a valid prescription for the drugs.

Defense counsel subsequently requested a prescription defense jury instruction. This instruction is required in cases where the defendant was holding a controlled substance for another person to whom it was prescribed. The underlying case law establishing this standard is the 2010 case of McCoy v. State. The instruction gives the jury the option to find, by a preponderance of the evidence, that the defendant lawfully obtained the drug from a doctor pursuant to a valid prescription order. In such cases, a defendant can’t be found guilty.

This was the defendant’s only defense in this case. The court refused to allow it, arguing that evidence the prescription was valid was weak.

She was convicted and sentenced to 30 months in prison.

However, on appeal, the 2nd DCA found the only reason the evidence was apparently weak was because the trial court refused to allow her to admit crucial evidence that the prescription was valid. In Hardy v. State, this 1st DCA held that generally, a trial court should allow a defendant to testify that there is a valid prescription even when there is no pharmacist to introduce or confirm this fact. It’s then up to a jury to decide whether they believe the defendant on the issue.

The appellate court ruled the trial court erred in refusing to instruct the jury on the prescription drug defense sought by the defendant. As such, the verdict was reversed and the case remanded for a new trial.