Everyone loves a good selfie. A Miami man known to his friends as “Cuban Harry” was no different. With more than 36,000 followers on Instagram, he was enmeshed in the South Florida hip-hop scene, and regularly posted about his exploits. 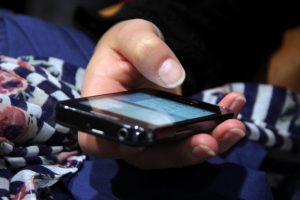 Pictures showed him flashing gold grills, body tattoos, blowing out smoke and aiming guns. One of his most popular poses, though, was with his hands clasped around a cup of what he called, “Purple Drank.” Celebrated by Southern rappers, the liquid is a type of brewed cough syrup and other substances.

But now, say prosecutors, he is facing criminal charges for more than simply sipping on the drink. He is accused of manufacturing and distributing it illegally. Some of his customers were rappers, others just regulars in the scene. Prosecutors alleged defendant rounded up a gang of young men who would rob stores for the ingredients necessary to make the drink.

It did not help his case that he referred to himself on social media as the “CEO of Purple Drank.” Though his criminal defense attorney insisted all of that boasting was empty talk, jurors convicted him on federal charges, and he was recently sentenced to 30 years in prison.

Of course, Cuban Harry is not the first nor will he be the last to run into trouble with the law, and find himself into it even deeper because of pictures, posts and videos displayed on social media platforms.

One of the reasons social media can be so damaging is because it’s so easily accessible. Posts you make can be used against you, and so can posts other people make and tag you in. Friends or even friends of friends can make comments that pertain to you – and those can be used in a court-of-law.

Some of the common scenarios we see tripping people up include:

Some people might think if they hurry and delete these posts, it won’t follow them. That’s probably not true, especially if you’re already under arrest. You should also know that setting your profile to “private” won’t necessarily shield that information because courts are increasingly granting prosecutor requests for that information.

What’s more, if the information is deleted while it’s being considered by the court or after defendant is ordered to allow prosecutor access, defendant could face contempt of court charges. Also, just because you deleted the information or post doesn’t mean it’s been wiped off the face of the internet. Posts have a way of resurfacing.

Even private messages can be accessed if there is reason to believe those exchanges were somehow connected to criminal activity, usually in the form of either threats or collusion.

If you are arrested in Fort Lauderdale, trust our experienced defense lawyers.