Law enforcement has been targeting illicit drug use and sales for a long time now. 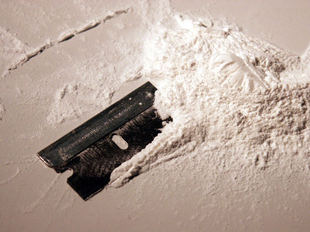 An explosive, six-month investigation by the Sun-Sentinel revealed that police agencies are literally making millions of dollars by aggressively pursuing drug arrests in Fort Lauderadale and throughout South Florida.

In 2011 and 2012 alone, city law enforcement agencies in Broward and Palm Beach Counties amassed a total of more than $15 million in drug forfeiture revenues. Sunrise reportedly raked in the most cash, making more than $5.8 million over the course of those two years. Fort Lauderdale made $1.8 million, while West Palm Beach made about $1.3 million.

These funds are generated through a type of law enforcement operation called a “reverse sting.” Usually, police in undercover pose as the buyer, in order to bust dealers. However, what they have found is that they can lure in high-level, out-of-town dealers by posing as even higher-level suppliers.

As of right now, there is nothing illegal about this. However, the Sentinel’s investigation revealed it is rather unusual in the sense that most other law enforcement agencies don’t put as much effort into luring buyers.

In Broward, the reporters analyzed all cocaine trafficking arrests made by law enforcement officials here in the last five years. What they found was that Sunrise officials made three-fourths of the busts that involved suspects from other states or countries.

The money that police make from these kinds of busts is then poured into police coffers, where it can be used for things like new guns or computers or training or radios or whatever else the agency deems an appropriate use of the funds.

Again, this isn’t illegal. However, the ethical lines are blurred when there is a substantial incentive for law enforcement agencies to initiate certain kinds of busts.

Individual officers in some cases have made hundreds of thousands of dollars in overtime.

Most of these cases follow a similar pattern, the newspaper reports. An informant notifies police that he or she has a buyer interested in purchasing at least one kilo of cocaine. From there, the informant and the buyer meet up in a public location to work out a quantity and price. At that time, the undercover officer (the seller) may be directly introduced to the buyer, though not always.

At a later time, the buyer arrives at the agreed-upon location. Typically, these have been identified as rented warehouses, gas stations or mall parking lots. The undercover “seller” shows the cocaine. The buyer shows the money and may even sample the product. Then money and drugs are exchanged. Buyers are then arrested either on the spot or soon after.

As a result of those arrests, police agencies confiscate valuables ranging from money, cars, electronics and jewelry, which are then auctioned. The proceeds of those sales then go to the police department.

While a person may be innocent until proven guilty in a criminal case, it’s the opposite in civil forfeiture cases. The onus is on the defendant to prove that police shouldn’t be allowed to keep their property.

In far too many of these cases, we see individuals who aren’t necessarily deep in the drug trade, but rather are down on their luck. The informants offer them an almost-too-good-to-be-true deal, and the defendants are persuaded by the lure of making a little fast money. It seems in some cases that officers even actively pursue defendants who are in the midst of financial distress.

In some of these cases, a defense attorney may be able to make a strong defense.

The important thing to bear in mind is that you do have options. Never simply plead guilty without first speaking to an experienced criminal defense lawyer.