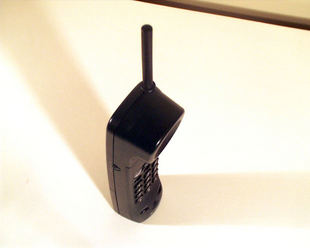 Authorities say the defendant began harassing Pressel via Twitter several days before he attempted to gain access to the gated community where she lives, telling a security guard that he was her boyfriend. The security guard, aware of the restraining order, contacted sheriff’s deputies. At the time of his arrest, he was subject to an order of protection mandating he stay at least 500 feet from her and her home.

The case was made particularly noteworthy because of the celebrity element. It’s fairly obvious when hearing the defendant’s explanation (that another professional golfer, Jack Nicklaus, and the CIA had instructed him to go to Pressel’s home) that there is something amiss. However, our Fort Lauderdale criminal defense lawyers know that the majority of stalking arrests in Florida stem from domestic disputes or between individuals who actually know one another.

A recent example was offered in the Florida Times-Union, where a deputy with the Putnam County Sheriff’s Office was terminated following an internal probe regarding whether he had stalked an ex-girlfriend. The veteran detective reportedly texted the woman on numerous occasions over the span of two months, after repeatedly being told to stop. The administrative review found that he had engaged in conduct unbecoming of an officer, harassment and gross violation of sheriff’s office standards.

In addition to losing his job, the detective now faces criminal stalking charges and is the subject of a temporary injunction against repeat violence.

We have begun to see more and more stalking cases over the last decade as the expansion of technology has made it easier than ever to keep in constant contact. We have reached this cultural shift where ex-boyfriends and girlfriends don’t simply remain some distant past memory. Constant reminders can fill our social media news feeds and reports. The proliferation of smart phones means that we don’t have to wait to get to a home computer before we check these feeds. They are with us constantly, wherever we go.

It also means that every communication impulse can be immediately indulged – and difficult if not impossible to retract. Where a negative emotion might have once been written up in a letter – later to be thrown away before ever being sent – we now have the ability to fire off these missives instantaneously through Twitter, Facebook, e-mail and text messages.

Stalking is defined in Florida Statute 784.048, and the definition is rather broad, encompassing everything from simple harassment to cyberstalking.

Harassment is defined as any conduct directed at a certain person that causes substantial emotional distress and serves no legitimate purpose. Cyberstalking is basically harassment via electronic mail or other electronic communication.

Willful harassment or cyberstalking is a first-degree misdemeanor, punishable by up to one year in jail. If that harassment includes a credible threat, or one in which the target is led to be in reasonable fear for his her safety or the safety of loved ones, the charge is raised to a third-degree felony, punishable by a maximum five years in prison.

If the individual charged with stalking does so after an injunction for protection has been placed against them, it is considered aggravated stalking. As such, it is also a third-degree felony, as is stalking someone under the age of 16.