The sales of synthetic marijuana and cocaine products continue to proliferate in South Florida, despite bans at the local, state and federal levels. 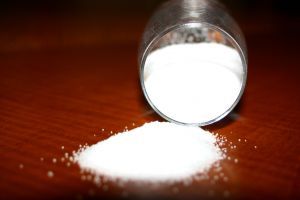 That’s according to a recent report by The Sun Sentinel. Our Broward County criminal defense lawyers are well aware of the continuing trend, and remain one step ahead of prosecutors when it comes to defending these cases.

Our greatest advantage at this point is the specificity with which the laws were written. Each of the measures contain language banning certain chemical compounds and anything that is considered “analogue” to those substances. For a substance to be considered “analogue,” it must contain the same active-ingredient chemical make-up.

This might seem fairly straightforward. However, the ingredients of these products are ever-changing. So the successful defense of these cases is going to depend highly on proving that the chemical compounds that comprise the drug in question vary significantly enough from the formally-banned compounds named in the laws.

If you are arrested, this defense could be critical, considering that violation of the state law can result in a third-degree felony charge, punishable by up to five years in prison and those charged federally will face up to 40 years in prison.

A recent local example of this argument involves the compound UR-144. Federal prosecutors taking aim at a former Daytona Beach manufacturer are calling it an analogue substance, akin to the substances that are already illegal. However, the Controlled Substances Act doesn’t specifically name UR-144.

The chemical was found in packets of herbal incense called Dead Man Walking. But when the drug was tested by an independent lab in Miami, scientists questioned whether it was actually similar enough to formally outlawed substances be grouped in the same category. The case has yet to go to trial, though it is being closely watched by others in the industry.

The UR-144 compound is now illegal under Florida law, per an emergency order signed in December by the attorney general. However, that measure isn’t applicable to the pending case, as it passed after the defendant’s arrest.

Of course, those in the industry need to recognize the risk they may be taking. Part of the problem is that the laws are being interpreted by the federal government. As we’ve seen with the federal crackdowns on medical marijuana even in states where it is legal, this is dangerous, as the government’s interpretation is not always consistent with the science provided (or with common sense, for that matter).

Manufacturers and sellers should not be prosecuted simply because people choose to blatantly ignore the instructions of use. If that were the case, we would see manufacturers making everything from cold medicine to glue being prosecuted.